Motorola just released one of their much-anticipated flagship smartphone, the Moto G6 Plus. Sincerely, this smartphone is the best and most equipped smartphone among the G6 family. 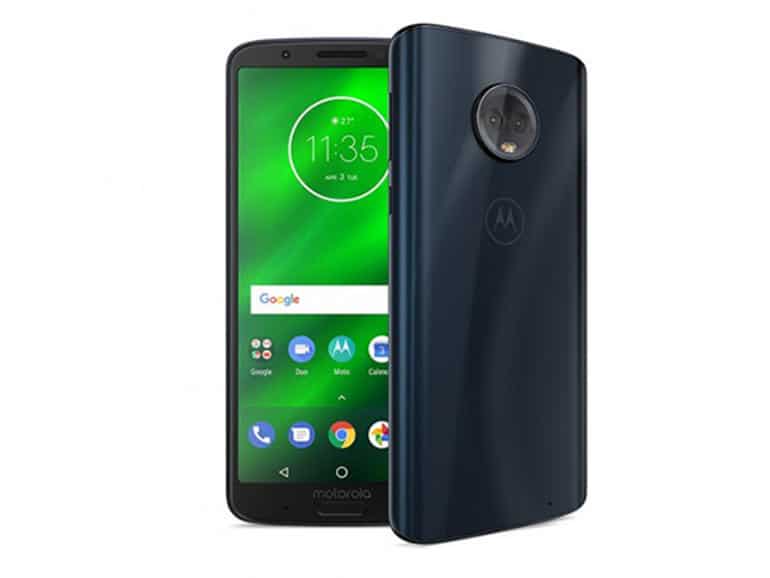 This device comes in with high specifications and features quite some improvements like the Snapdragon 630 chipset and other nice specs over its predecessors. Come with me while a take you on a journey through the Moto G6 Plus.

To begin with, the Moto G6 Plus comes in with 5.9in IPS display coupled with an FHD+ (1,080 x 2,160) resolution. The aspect ratio of this device is 18:9 which makes it a fantastic one for both gaming and watching videos.

Just like the Moto G6, the newly announced Moto G6 plus will also offer a Gorilla Glass 3 on the front and the well-curved back. Still, on the matter, the front of this device, you will find the fingerprint sensor which seats below the screen.

With the fingerprint sensor, unlocking the smartphone is very fast and responsive. Nevertheless, Motorola added a face-unlock technology to the security measures of this smartphone.

The Moto G6 plus didn’t come with any IP rating despite being treated with a p2i water-resistant coating, though it is advisable that you don’t submerge this device into any pool or water, it’s probably going to survive in water for a little bit above 60 seconds.

On the back of the Moto G6 Plus, you will find a dual camera setup that is composed of a 12-megapixel camera sensor which has an f/1.7 aperture, dual pixel PDAF. Meanwhile, the second 5-megapixel primary camera which has an f/2.2 aperture is for both portrait mode and other depth-based effects.

The camera setup of this device is the same as the Moto G6, but the only difference is the autofocus system and the aperture.

On the front of this Moto G6 Plus, you will find the 8 Megapixel selfie shooter which comes along with an f/2.2 aperture. Both the back and front all come with a LED Flash and support 4K video recording at 30fps.

When it boils down to the software of Motorola Moto G6 Plus, the device uses the Android 8 Oreo. You can still find other useful tweaks just like the gestures which are used in toggling the torch on and off, launching the camera and the Dolby Audio equalizer and it’s quite an innovation that is rear to this generation. The device is largely Android as Google intended it. Nevertheless, it has been a good thing.

The battery capacity of this device is another strong point of the Motorola Moto G6 Plus. It comes along with a 3200 mAh battery.

This smartphone’s battery during our use proved to be better than the Motorola Moto G6 and the Honor 7X and Honor 9 Lite. This smartphone was also able to come along with a fast charging technology, with its 15W charger out the box.

The Motorola Moto G6 Plus is presently sold for 263 EURO which is approximately equivalent to in Naira. This device is currently available for you to purchase and utilize this smartphone. You can purchase this device from some of the online stores or any Motorola distributor/retailers in your region.

We have always admonished you always to ask yourself what you need a particular smartphone for, even before making a purchase. That is precisely what you should be doing now before going to purchase this smartphone.

Notwithstanding, though the Motorola Moto G6 Plus feels and looks like the Motorola Moto G6, the G6 Plus is worth every of your penny. This device comes in with a more bigger screen than its predecessor and is powered by a much more powerful, sharp and bright cameras, longer battery life and fast processor.