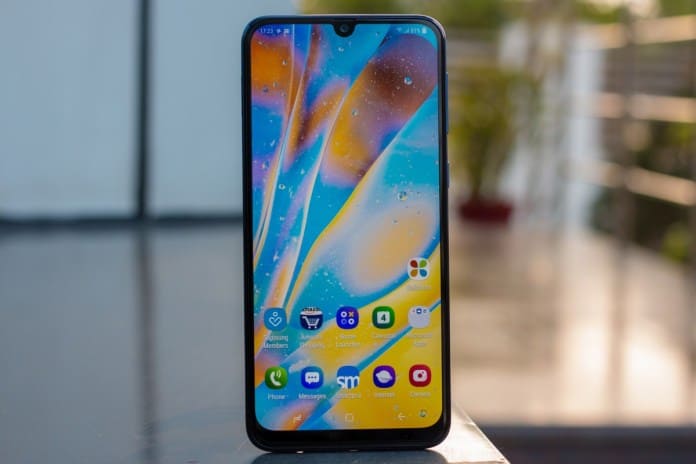 The new smartphone was announced in February 2019 and is the third member of Samsung’s millennial-centric M-series.

Shortly after the Galaxy M30 was announced, Samsung also introduces its all-new A-series in which they also intend to use in staying relevant in the budget market which has been captured by Xiaomi. Meanwhile, as of the time of writing, Samsung M-series remains the main arsenal Samsung intends to break into the budget market.

Samsung’s M Series of phones seems to share a common design language. The Samsung Galaxy M30 is covered by a quality plastic, while the frames are made of aluminum.

You will also find the presence of the dewdrop notch which is seated on top of the ‘Infinity-U‘ screen. The screen of the smartphone is surrounded by very tiny bezels, though at the bottom you quite a reasonable amount of chin. 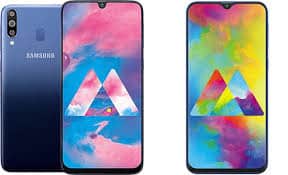 The Super AMOLED screen measure 6.4 inches with a resolution of 1080 x 2340 pixels, with a 19.5:9 aspect ratio. You actually get to enjoy lots of media activities like movie streaming, surfing the internet as well as gaming.

As usual, the right side houses the power button and the volume rockers. Meanwhile, the left side holds the dedicated microSD card slot and the dual nano-SIM cards tray.

At the bottom of the smartphone, you will see the comfortably seated 3.5mm audio jack, USB-C connector, and the speaker grille. The smartphone also arrives in beautiful colors which comprise of the Black, and Blue.

Inside the dewdrop notch, you will find the single Mediocre 16MP sensor which didn’t come with a LED flash like the back one. The cameras also come along with the same issues that we faced with the M20. The images appear to be overexposed.

If you capture pictures in a well-lit condition the camera offers a nice image, though you will notice a lack of fine detail in the images.

Just like its predecessor, the Samsung Galaxy M30 also arrives with the same chipset as the M20. Powering the device is an Exynos 7904 chipset built on a 14nm process. It is actually an octa-core processor with two high-performance Cortex A73 cores which runs at 1.8 GHz and the six Cortex A53 which runs at 1.6 GHz.

There are two variants of this smartphone when it comes to the RAM and storage option. The base model is the 4GB RAM with 64GB storage and the 6GB RAM with 128GB storage. You can further expand the storage of the two models up to 1TB (dedicated slot) via the microSD card.

The smartphone runs on the Android 8.1.0 with the Samsung Experience 9.5 UI on top just like the M10 and M20. We were disappointed to see the new smartphone still arrive with the Android 8.1.0. One of the interesting features is the overall level of the software polish which ensures a smooth experience.

Both models also arrive with the Mali-G71 MP2 which handles both the graphics and gaming performance. When it comes to the network and general performance, the smartphone was able to deliver very well.

Gaming on this smartphone wasn’t all that good as the Mali-G71 MP2 GPU still underperforms when compared to the Adreno 612 on the Note 7 Pro.

The battery on the Galaxy M30 offers you nothing less than a full two days use. The smartphone arrives with a jumbo size Non-removable Li-Po 5000mAh battery.

The smartphone can offer nearly two days of use from a single charge. On top of the big battery, you also get a 15W fast charging technology out of the box.

The new smartphone is expected to be available towards March ending. You can actually decide to purchase this smartphone when it goes on sale via Samsung’s official website or any authorized Samsung distributors near your area.

The Samsung Galaxy M30 eventually ticks all the proper boxes to qualify it as a mid-range smartphone at the price it brings. Nevertheless, there are two main deficiency of the smartphone, the software, and its performance.

Though the Exynos 7904 is not necessarily bad, it’s not too impressive and you can see that when gaming or during intensive browsing. Besides the software featured on the smartphone is outdated considering the new ones has been around for quite a while now.

If your aim of purchasing smartphone centers on some photography, messaging, and other light-to-moderate usages, then go ahead. Nevertheless, if you need a smartphone for gaming and heavy internet browsing, it is important you try another device. For average users, the smartphone is a nice deal, though you still find other great bargains out there.