TECNO Mobile decides to do what they have been known to do best, and that is to churn out amazing low-cost smartphones, low-cost smartphones that feature the latest trends. This time around they came up with a new one called the Tecno Camon 11 AKA Tecno C11 to add to its “Camon” line of smartphones. 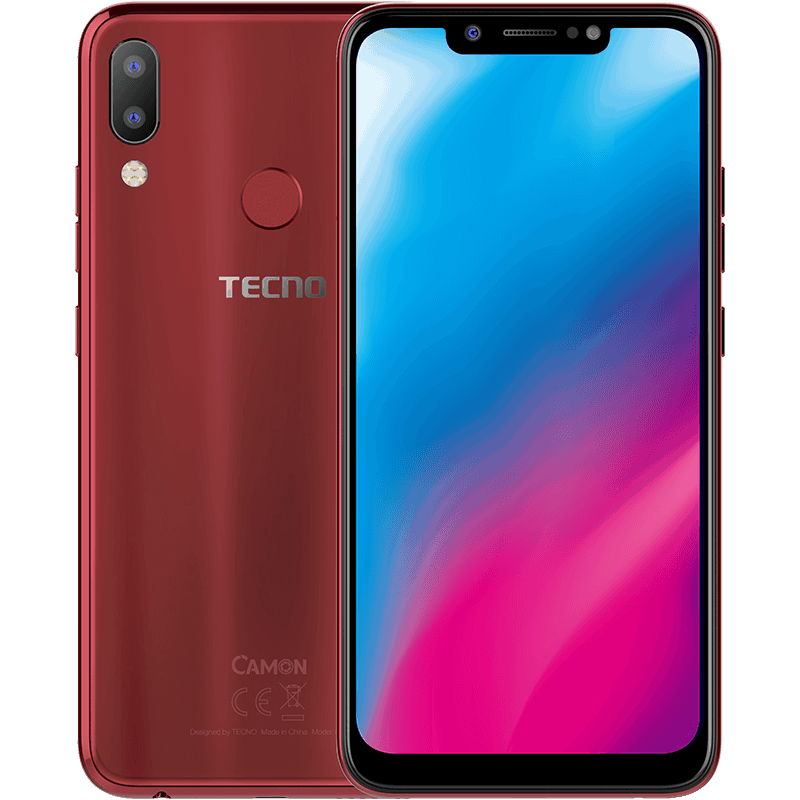 The newly released smartphone is a successor to the Tecno Camon X and will be joining the league of prominent smartphones likes the Camon X Pro and the rest.

The Tecno Camon series have been known for their impressive cameras and they are all targeted at selfie lovers. The Camon C11 also joins the trend, and it ships in with a top quality primary and secondary cameras which even arrives with AI-powered modes and features.

The Camon C11 has a glossy and smooth nature and comes in three color options the Midnight Black, Aqua Blue, and Bordeaux Red.

The Camon C11 is the first Tecno smartphone to feature a notch. The notch sports the selfie-camera, earpiece, and other sensors. The company made claims that the smartphone has a slimmer bezel when compared to its predecessor. This smartphone has an aspect ratio of 19:9 and has a rectangular cutout at the top of the screen which helps offer more display real estate.

The dual SIM and micro SD card tray are on the left side of this smartphone. The front side of the Camon C11 is blessed with a 6.2-inch Super FullView display with an impressive 500nits brightness. The Camon C11 has an 87.5% screen-to-body ratio.

The smartphone uses the LCD screen display with an HD+ resolution (1500 x720 pixels resolution) for optimal image and color reproduction.

The Camon C11’s cameras are its strongest features points. It has a dual camera set up at the back of this device. The dual primary camera setup comprises of a 13-megapixel lens and another 2-megapixel sensor. Beneath the primary cameras, is seated a quad LED flash. The primary cameras sport an Artificial Intelligence (AI) in addition to the 4-in-1 professional re-mosaic algorithm.

Over to the front camera. The front of the Camon C11 houses a 16MP single camera which also features the AI-powered technology. The selfie camera supports AR Emoji and Face ID for facial recognition biometric authentication. The AR Emoji featured in the Camon C11 is like Apple’s Animoji which uses to front camera to analyze human expressions through AR technology, and it does this through the cartoon image of a user.

There are other features that the selfie camera arrives with, and they include the Portrait Bokeh mode, Document mode, Night Scene, Sky mode, Automatic Scene Detection, Sports mode, Night Portrait, Backlighting mode, and so many others.

The Camon C11 features the latest version of Tecno’s native HiOS (v4.1) which ships in with new features like the ability to uninstall system apps, fingerprint call recording, redefined and smoother interface, system navigation gesture, launching apps using your fingerprint and so much more. The Camon C11 runs on the Android 8.1 operating system.

Powering the Camon C11 is a MediaTek MT6761 system-on-chip which has four (quad) cores and is clocked at 1.5GHz. This smartphone arrives with two storage options the 2GB RAM and the 3GB RAM option for multi-tasking and playing graphics-intensive games. Meanwhile, the internal storage comprises of a 16GB and 32GB options.

I wonder what’s a smartphone with amazing specifications without a good battery life? Luckily for Tecno fans, the Camon C11 was, however, able to ship in with both good specs and amazing, long-lasting battery life.

Powering the Camon C11 is a reliable 3,750mAh Lithium-Ion battery for extended usage and more power to take top-quality shots.

Despite arriving with a host of great features, the price tag at which the Camon C11 comes in with is still considered moderate. This device has a price tag of about $135 which is equivalent to about NGN 49,000 in Nigeria, Ksh. 14,999 in Kenya and GHS 689 in Ghana.