Tecno finally releases another amazing smartphone to boost their portfolio and the name of the newly introduce smartphone is called the Tecno Camon iSky 3 and the smartphone is currently on sale in India. 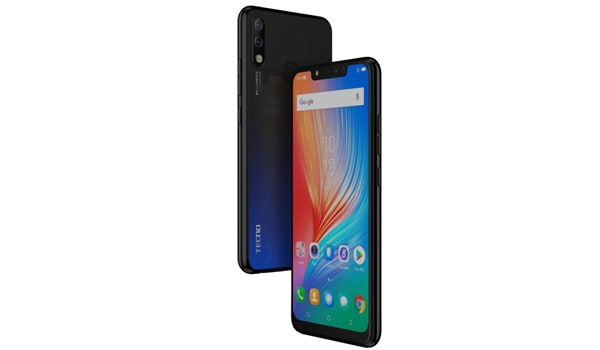 The new smartphone was released this March 2019 and it comes in with a host of awesome features like a large screen and it runs on the current Android Operating System.

The smartphone also comes with a 2GB RAM and other specifications that will be later discussed as you read on. But, without wasting much of your time let’s go and see all the selling point of the new smartphone.

When it comes to the design of this smartphone, the Tecno Camon iSky 3 has a simple appearance and design, though the simple nature of the smartphone is what gives the device its unique nature.

The Tecno Camon iSky 3 uses a jumbo size 6.2-inch HD+ notch display and it has an aspect ratio of 19:9 as well as the 88 percent screen-to-body ratio. The smartphone ships in with brilliant colors like the champagne Gold, Nebula Black, Midnight Black, and Aqua Blue.

The front of the smartphone has a single camera which is accompanied by a powerful LED flash for brighter and a more detailed image even in low light conditions. The back of the Tecno Camon iSky 3, there is a dual camera that is vertically placed with the LED flash under the camera setup.

I know most people will be asking if this smartphone comes in with our lovely 3.5mm jack, and the answer is yes. Apart from the 3.5mm jack, the smartphone also comes with other nice features like the centrally placed fingerprint sensor.

Coming over to the back side is where you find the primary camera, which comprises of a 13MegaPixel with an  f/1.8 aperture and another 2 Mega Pixel which serves as a secondary camera.

Mind you, the primary camera also has its own flashlight that will help to produce bright images even in low light condition.

When it comes to performance, the smartphone usually responds well and responds to all the command that you issue to it. The Tecno Camon iSky 3 runs on the Android 9.0 Pie which is based on HiOS 4.6.

The Tecno Camon iSky 3 is powered by a quad-core processor which clocks at 2.0GHz and it is assisted by 2GB RAM and 32GB of internal storage. The internal storage can be further expanded up to 256GB using a microSD card slot.

The smartphone still comes with a software called the intuitive navigation gestures and what it does is to automatically anticipate your next action based on the current action and show you a shortcut to take you straight to your desired destination.

The Tecno Camon iSky 3 is powered by a powerful 3500-mAh battery capacity which is okay and can serve you for a long time.

According to Arijeet Talapatra, CEO of TRANSSION India, while commenting on the Camon iSky 3 made mention that With the 3500-mAh battery capacity, you can get 98hrs of playback time, 12 hours for call time, 6.5 hours web browsing time as well as 7hrs gaming.

The TECNO CAMON iSKY 3 is a nice smartphone that ticks all the necessary boxes. The smartphone can basically carry out all the task that you throw at it and it will deliver perfectly well. The smartphone comes with a number of great specifications and features like the long-lasting battery, sharp cameras, nice display, and other amazing features.