Today we are going to be talking about the Tecno HD11, which is another feature phone from the budget king, Tecno. This new device comes with an appealing appearance and an easy to use configuration. 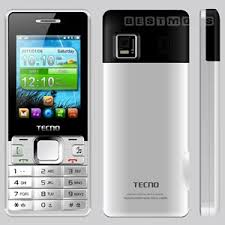 This new Tecno product was added to the mobile market recently, it was actually released in March 2011. Stay tuned in other to know all that this new device arrived with.

The Tecno HD11 features a lovable design. This device actually ships with a 2.2 inches screen that has a resolution of 240 x 320 pixels, 182 pixels per inch. The screen arrives with the IPS LCD screen with 256,000 colors.

At the front of this device, you will see a screen, a classic keyboard and, the speaker for receiving calls. While at the back of this device is where you find the primary camera with the LED Flash in one compartment. Opposite the camera, you will find the loudspeaker of this feature phone.

The Tecno HD11 arrives in multiple colors, the White, the Black, the Pink, and my favorite the Ash.

The Tecno HD11 ships in with just one camera, which is the primary camera at the back of this device. The primary camera is 1.3MP and has a resolution of 1280×1024-pixel pictures. The main camera like I said before comes with a LED Flash.

Sadly for the selfie lovers, the Tecno HD11 does not arrive with a front-facing camera.

The Tecno HD11 features a better performance than most of its pairs. This device runs on the MOS Operating System and arrives with a better RAM than the Tecno T430. The Tecno HD11 has a 64MB RAM and an internal storage capacity of 128MB which can be expanded up to 32GB via a MicroSD card.

The Tecno HD11 arrives with a price tag of 50 USD which is equivalent to 18,100 Naira in Nigerian currency. You can obtain this new feature phone from most online stores within your region or at any Tecno distribution outlet.

The Tecno HD11 is a great phone that comes along with lots of great features like a nice RAM and a moderate internal storage that ensures the smooth running of this phone. Another praiseworthy feature is the ability for the storage of the Tecno HD11 to be expanded up to 32GB via a MicroSD card.