Today in this article, we will be discussing a newly introduced smartphone from the budget king, Tecno and they called this new smartphone, Tecno L9 Plus. 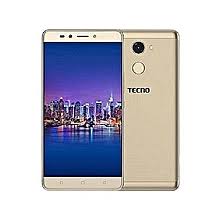 The Tecno L9 Plus was launched on March 2017 and is a successor to the Tecno L8 Plus. The L9 Plus comes with a lot of amazing specification than its predecessor. It arrives with a very large battery that offers you up to 72 hours of heavy usage, that one thing the Tecno L-series is known for.

Just keep riding with me to see all the selling points of this new amazing device.

The Tecno L9 Plus comes with an amazing design that is sure to draw your attention, to be sincere, I’m seriously in love with this smartphone. The L9 Plus ships in with a 7.9mm thickness, which seems to be kinda sleek when using but the good part of it all is that this device is a low budget smartphone.

It also arrives with a clean and pure huge 6.0-inch IPS LCD screen that has a 1280 x 720 Pixels resolution and a 245 PPI density but the sad part here is that there is NO protection. Playing games and watching movies with this smart could be very impressive.

This device also arrives with a metal body build and comes in three color varieties, the Blue, Gold, and Grey.

At the top of this device, you will see the 3.5mm jack. At the bottom of this device is a charging port. There is a screen, a selfie camera and other sensors in front of the Tecno L9 Plus. Meanwhile, there is a fingerprint sensor, the primary camera and a LED Flash at the back of this device.

At the front of this smartphone is seated a 5MP selfie camera and a front Flash for a better shot at night.

Meanwhile,  the back of this smartphone houses a powerful 13MP primary camera that is accompanied by a Flashlight. The camera actually did an amazing work during the test period.

We all anticipated that this smartphone was going to ship-in with a RAM that is bigger than that of its predecessor, Tecno L8 Plus, but to our amazement, the Tecno L9 Plus still retained the 2GB RAM that was found in the Tecno L8 Plus.

Notwithstanding, the 2GB RAM in the Tecno L9 Plus is still okay for multi-tasking, though we had expected more from this smartphone. It also arrives with 16GB internal storage which can still be expanded up to 128GB via an external microSD card which ensures that you no longer have to worry about saving a lot of games, movies, application, videos, music and many more.

The 2GB RAM is also assisted by a 1.3GHz Quad-Core processor. This new smartphone was indeed made for heavy users. The device also runs on Android 7.0 Nougat.

Here is another important segment that most users actually pay attention to. This smartphone comes in with a 5000mAh battery capacity, it is appealing but a little lower in capacity than its predecessor.

The L9 Plus battery capacity is capable of taking you for more than 3days with hard labor. To make things even better, the battery supports a fast-charging technology (2A) and is capable of giving you a full charge with the fast-charge in 30 minutes or thereabouts. It also offers you 72hours of Talk-time.

The Tecno L9 Plus is sold for about 80 USD which is equivalent to 30,000 Naira. You can buy this smartphone from most online stores within your region or any Tecno distributor that you can find around your area.

The Tecno L9 Plus provides you with an all-around satisfaction, though there are some aspects of this device that needs to be upgraded. But over all this device is amazing