I  know most people are wondering right now how on earth could this Chinese company come up with a tablet? Well, you can now see that nothing lasts forever, as Tecno launched their tablet called the Tecno N93 Pad, that arrives with a 1GB worth of RAM and other exciting features. 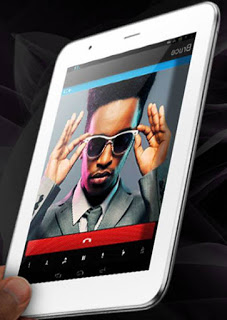 The Tecno N93 Pad was announced on September 2013 and according to the company, it is an upgrade of their previously released Tecno N9 tab. Just keep reading to get the complete selling points of this newly introduced Tecno PAD device.

The Tecno N93 Pad has a body built with plastic and it also arrives with the peoples choice, the 3.5mm jack.

This Tecno Pad spots a body dimension of 204 mm for height, 154 mm for width and 9.9 mm for its thickness. At the back of this Tecno Pad is seated the primary camera positioned at the upper region of the left-hand side of this device, close to the LED Flash.

The Tecno N93 Pad comes with a front-facing camera that is seated on top of the hug 8 inches screen.

The Tecno N93 comes in only White color and that is all for the design. Now let’s get down to the camera section of this device.

The Tecno N93 has a front facing camera of 2MP, with a resolution of 1600×1200-pixel pictures. There is no front LED Flash for the selfie camera.

The Tecno N93 runs on the Android 4.2.1 Jelly Bean Operating System and a 1.2 GHz quad-core CPU processor. This device also arrives with a 1GB RAM and an internal storage of 16GB that can be expanded up to 32GB via an external MicroSD card.

The Tecno N93 arrives with a whopping 4500mAh Li-lon battery capacity. The battery can offer you 8 hours of Talk time and 500 hours of Stand-by.

The Tecno N93 has a price tag of about 195 USD, which is equivalent to 71,100 Naira in Nigerian currency. You can purchase this device from online stores within your region or any Tecno distribution outlet near you.

Tecno N93 is another nice device that arrives with all the basic specifications that anyone could possibly need in phone or tablet.