Tecno Mobile happens to be a Chinese based smartphone manufactures. They have been impressed with their amazing smartphone that is really pulling the world by surprise. Looking for a sharp smartphone to make use of, TEcno has it all because we are in an era where almost everybody wants to make use of smartphones. 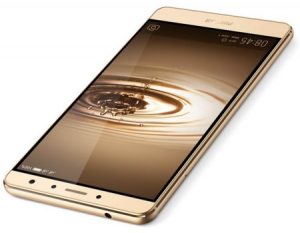 We have other smartphone manufacturers such as Samsung,iPhone Xiaomi and many more. Each of these companies is really doing all they can in other to make sure they maintain their respective customers. Tecno looks set to overtake the smartphone world, but I think they are steps away from the likes of tecno and Samsung.

Coming down to the design of the device, it comes with an eye-catching design which was specifically built. Further More, Tecno Phantom 7 Plus packs a metal unibody design with QHD 6.0 inch display. It is also coupled with Gorilla Glass Protection, for against dust and scratches.

On the other hand, Have it at the back of your mind that Tecno Phantom 7 Plus is expected to be powered by the Helio X30 SoC. 4GB/6GB RAM options and 128GB of inbuilt storage. All combination are all up to solve your “Need for Speed and Space”.

The phone in question TECNO Phantom 7 Plus packs a huge 4GB of RAM and 64GB inbuilt storage which can also be expanded up to 256GB with the help of a micro SD card. Know It that the 4GB Multitasking and gaming experience becomes smoother with the support of 4GB of RAM. Talking about Operating System-wise, Tecno Phantom 7 Plus should sport a custom build of Android 7 Nougat, Taking cognizance of the defaults Tecno’s Hios UI.

Tecno is been known for making batteries capable of handling the day to day activity of their respective smartphones. I really like them. In the past, they boast of super strong battery capacity that is why they have decided to make Tecno Phantom 7 plus a huge one.

It is a pleasure we make it known to you that Tecno Phantom 7 plus is been packed with a monster battery capacity of Li-Po 4500mAh with Fast Charging. The battery of this device is super capable to take charge of the daily activities. It lasts longer when it is been fully charged.

The Chinese based smartphone manufacturers have really taken the world by surprise. After Samsung and iPhone, They seem to be among the smartphone company’s that boast of a great camera.

For those of you interested in getting this smartphone, have it at the back of your mind that you can get it from our Online/offline stores for a price tag of $300, while in Nigeria, It will be sold for over N100,000 depending on your location.

Tecno Phantom 7 Plus is a wonderful smartphone which has all it takes to make you happy. Give it a try you will really enjoy what is been packaged with.