TECNO Phantom 6 and 6 Plus that was released last year was definitely a hit and its marketing was superb. 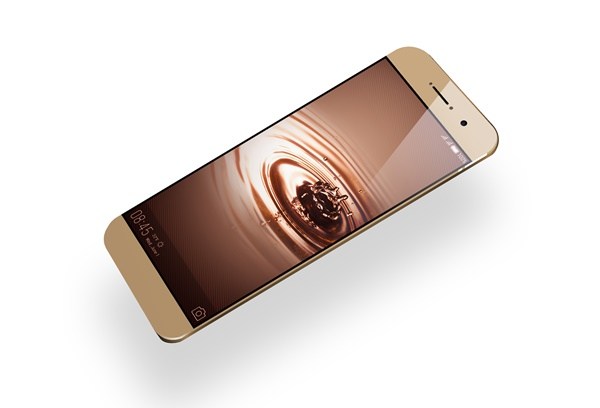 The flagship phone was released this 2017, shows that Tecno is gradually pushing outside the African market and expanding its brand products to cut across the international borders by embedding international specifications in this their flagship smartphone.

The Tecno Phantom 7 arrives with a premium look and has curves on the edges. The body is made of metal frame and will be available in all colors, Silver and Gold just like the Phantom 6 has.

Under this device is seated the charging port, while on top of it is our beloved 3.5mm jack.

Meanwhile, at the back of this smartphone comes another fantastic primary camera that is capable of pausing time. The primary camera is 16MP with a resolution of up to 5312 x 2988-pixel pictures and other features like the HDR, autofocus, Geo-tagging, panorama, simultaneous video and picture rec. camera with a dual sensor and dual LED flash.

The Tecno Phantom 7 is running on Android Nougat based on TECNO’s latest HIOS UI version and has a Heliox X25  processor. Remember that the Phantom 6 and Phantom 6 plus came with 3GB and 4GB RAM respectively. The Phantom 7 arrives with a 4GB RAM and 64GB internal memory that can be expanded up to 128 GB via a Micro SD.

The image processing of this smartphone has been improved and produces clear crystal HD images compared to the previous Phantom. TECNO smartphones have always been known not to arrive with many sensors, but this time the Tecno Phantom 7 arrives with sensors such as Pressure sensor, Geomagnetic sensor, Iris sensor, Hall sensor, Fingerprint sensor, NFC, HR sensor, RGB light sensor amongst many more.

The battery of the Tecno Phantom 7 is 4000mAh, which is capable of taking you the whole day even with a heavy use. The battery also features a quick charging technology Which is also a plus to this smartphone.

The Tecno Phantom 7 has a price range of $245 to $ 265 which is equivalent to (N89,600 – 96,900 Naira). This smartphone can be purchased from most online stores within your region or any Tecno distributor within your area.

The Tecno Phantom 7 is a major upgrade when you compare it with its predecessor, it comes along with a sharp camera, though the pixel didn’t feature much difference from its predecessors, the image processing of this smartphone has been greatly improved and produces clear crystal HD images compared to the previous Phantom.