Tecno doesn’t seem to be slowing down any time sooner after consecutive launches of other amazing flagship smartphones, they are here with yet another one called the Tecno PhonePad 7 II, which is also known by most people as Tecno PhonePad 7E. 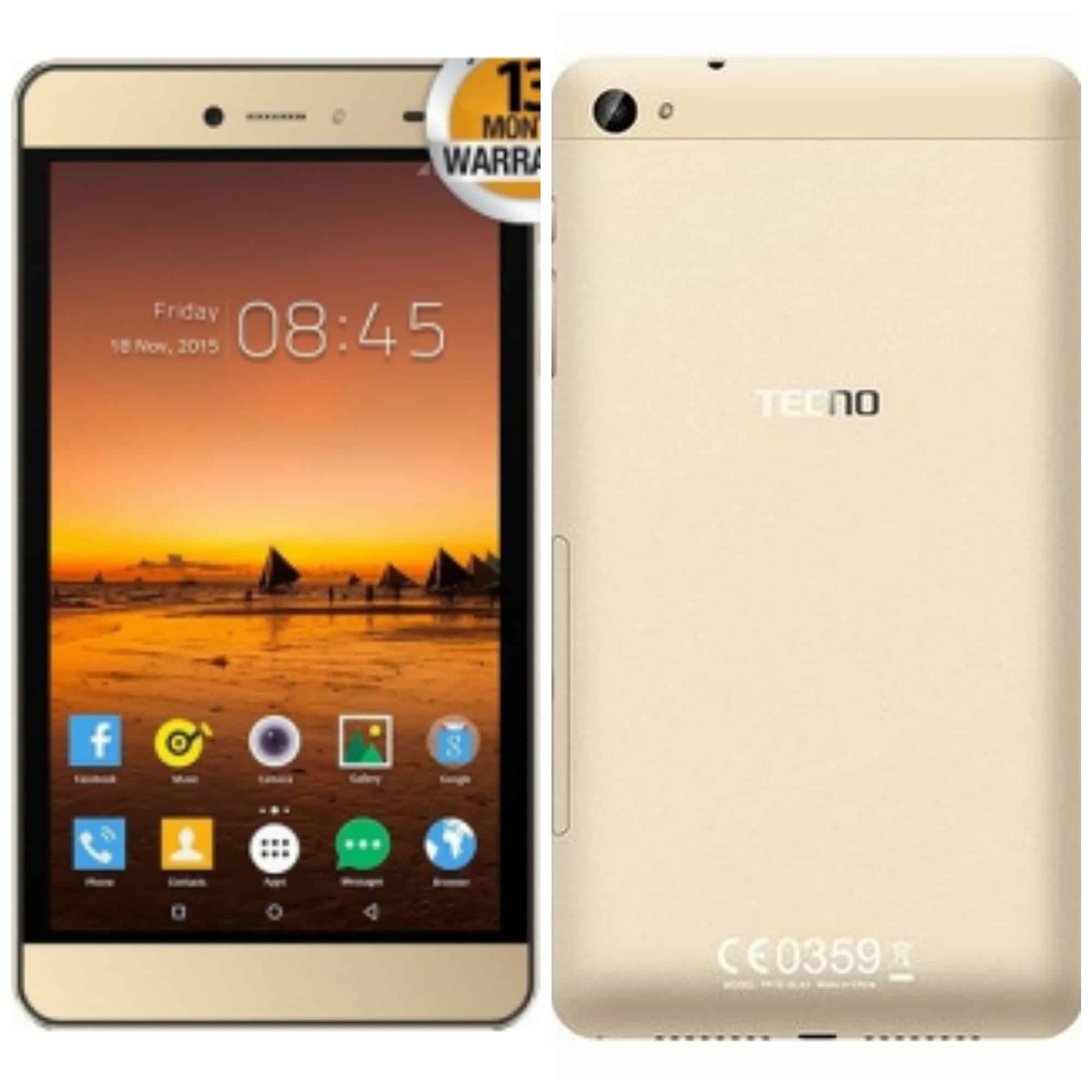 This device is the 2016 refresh on Tecno’s 7-inch tablet. This tablet supports Android 5.1 and can also be used to make traditional calls. Just like the Tecno DroiPad 10 Pro II, this new device supports 4G LTE + Voice.

The Tecno PhonePad 7II which was announced on May 2016, arrives with a 7-inch display and with a Resolution of 600 x 1024 Pixels. This new device has a body build of metal and also supports fast charge technology.

Meanwhile, the under of the Tecno PhonePad 7 II, is where you find the charging port of this device. The techno new release features our beloved 3.5mm jack and you will also see the two speaker grilles on the bottom side of this device.

At the back of the Tecno PhonePad 7 II, you will see the primary camera and a LED flash. While at the front of this device, is where you see the secondary camera, a LED flash, the light sensor, and screen.

The Tecno PhonePad 7 II sports a 5 megapixels camera seated at the back side of this device. The primary camera is accompanied by a LED Flash.

Coming to the front which is seated above the screen, you get a 2 megapixels camera for your selfie purposes. The front facing camera also arrives with a LED flash.

The Tecno PhonePad 7II ships with a powerful 64Bit quadcore processor that clocks at 1.3GHz. This processor is assisted by a 1GB RAM. This new device runs on Android v5.1(Lollipop). This different combination makes it even better than average for basic phone task. You can run various apps on this device without a lag.

This device arrives with a 16GB inbuilt storage and also supports an expansion of memory via an SD memory card. In fact, an average smartphone user will be completely satisfied with the performance of this device.

Tecno PhonePad 7 II ships with a powerful battery that has a capacity of 4100 mAh. Tecno made claims that this device is capable of offering you more than 30 days of battery life on standby when fully charged. It can also offer you 40 hours of talk time, 12 hours of surfing the web and finally 12 hours of video playback.

Tecno PhonePad 7 II Price tag is kept at about $120 which is approximately equivalent to 45,000 Naira in Nigeria. The device can be purchased from some online stores or any Tecno smartphone distributors around your region.