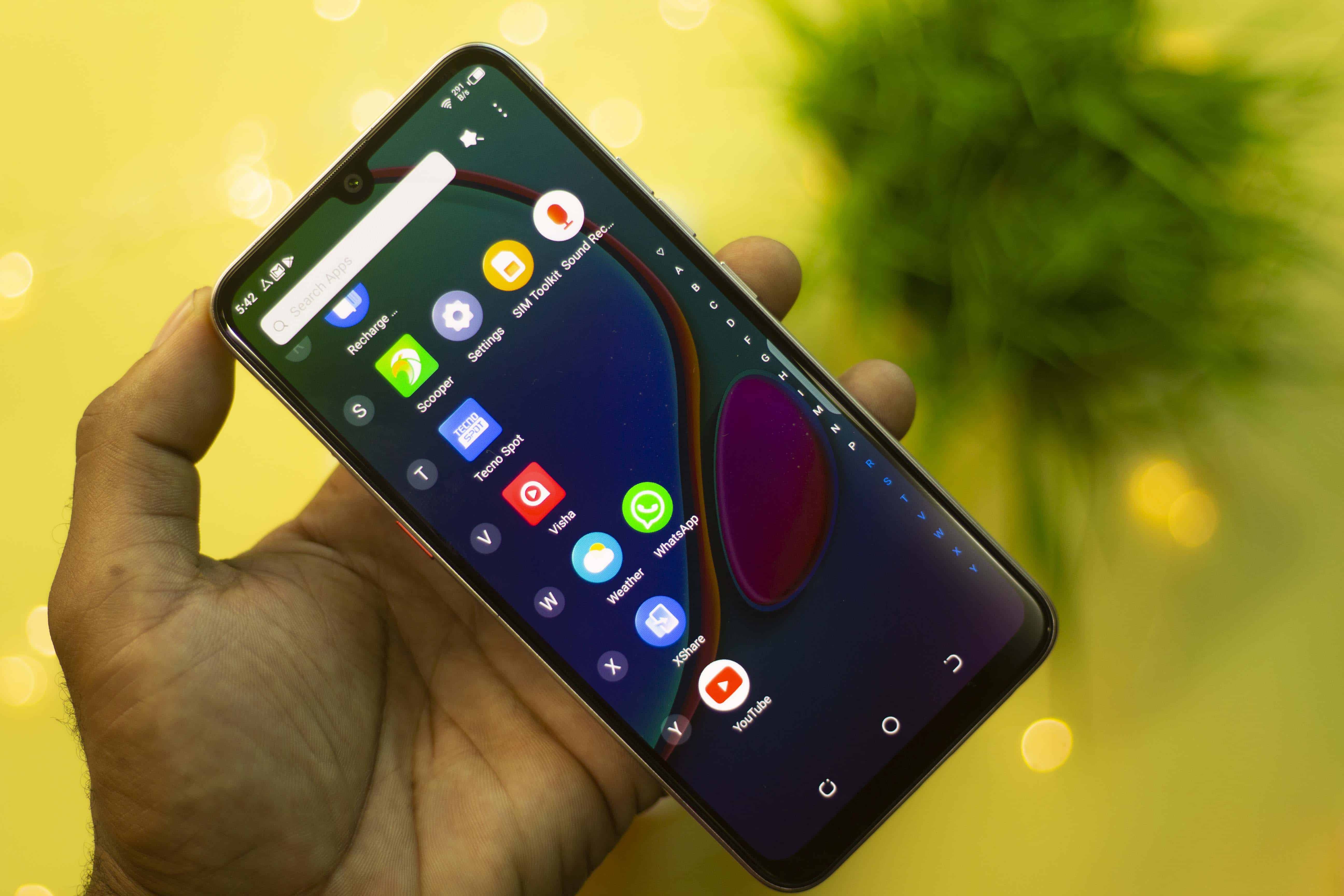 The new smartphone has a striking resemblance with the Tecno Phantom 9 and some of the shared resemblances includes the U-shaped notch display, which on its own, is an AMOLED unit. The new smartphone brings along lots of interesting features on the table. The Tecno Pouvoir 3 Plus is the Tecno’s best smartphone to ship in with the most advanced specs among the Pouvoir series.

It comes in with a large dot notch AMOLED screen, a very long-lasting battery, super impressive cameras with an AI tech on top the matter, and more. Simply go through our review where you will get a full knowledge of the new smartphone. 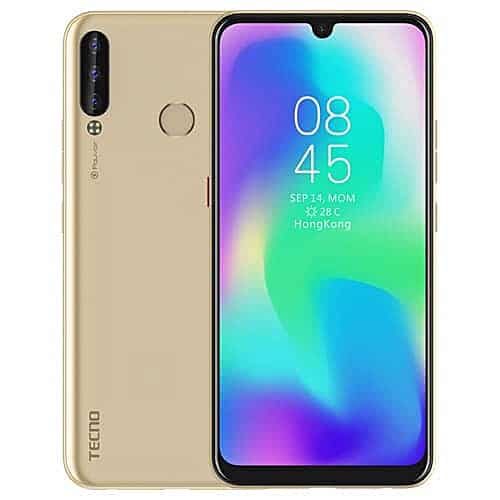 The Tecno Pouvoir 3 Plus still rocks in with some of the material that was used by its predecessors. The body of the new smartphone is made of a glass front and a plastic back. When it comes to design, the new device still maintains similar looks with its younger siblings.

On the front of the Pouvoir 3 plus is the large 6.35? AMOLED Screen display with a 19.5:9 edge-to-edge ratio and a screen resolution of  720 x 1548 pixels. The single selfie camera on top of the screen is placed inside the U-shaped notch where you also find the earpiece. You will still find a moderate amount of top and bottom bezels.

On the back of the Pouvoir 3 plus, you will notice that the gradient finish found on the Pouvoir 3 is gone and replaced with a plain back cover.

Other components of the smartphone still retain their ancestral positions such as the volume rockers and the power buttons are positioned on the right-hand side of the device.

The Tecno Pouvoir 3 Plus still maintains the triple camera trend which we can easily find on some of the latest trending smartphones.

The Tecno Pouvoir 3 Plus arrived with a total number of four improved cameras with three at the back and a single selfie camera on the front. The triple cameras on the back of the device comprise of a 13MegaPixel which serves as the main camera sensor. The second camera is an 8MegaPixel wide-angle camera sensor, while the third is a 2MegaPixel for depth sensing.

Turning to the front side of the new smartphone, there is a single 8MegaPixel camera with an f/2.2 aperture. Unlike the triple cameras at the back which is accompanied by a Quad flashlight, the front camera does not have any flash.

One good thing about the cameras is that they all produce quality images with enough details. The cameras are also AI supported.

We earlier mentioned that there was a total positive transformation of the Tecno Pouvoir 3 Plus when compared to its predecessor. Tecno also improved the hardware and software of the new device making te battery offer more hours and quick response in performance.

The Tecno Pouvoir 3 Plus runs on the Android 9.0 Pie with the company’s company’s HiOS 5.0.2 skin ontop all resulting in a user-friendly interface and more.

Powering both models is the MediaTek’s MT6762 2.0GHz Octa-core processor which is in charge of the performance of the smartphone. You will also find the PowerVR GE8320 inside the Pouvoir 3 Plus and it’s completely in charge of the graphics and gaming performance.

One of the most talked-about specifications of the Tecno Pouvoir 3 Plus is its very large battery which offers you much longer hours than its predecessor.

But under the hood, you are presented with a very powerful 6000mAh battery capacity. Tecno released a statement boasting the smartphone battery is capable of offering you up to 5 days use. They said the battery can serve you for 2100 minutes of calling, while you have about 1020 minutes of gaming or 12000 minutes of music playing.

The Tecno Pouvoir 3 Plus is currently on sale and notwithstanding you might experience a slight shift in price; either up or down. This is because the price is dependent on the region and the current deal.

You can easily purchase the Tecno Pouvoir 3 Plus from any accredited Tecno distributors near you or some online stores like Konga, this is if you stay in Nigeria.

It’s obvious that the Tecno Pouvoir 3 Plus features a better upgrade than its predecessor while still arriving with a low budget price tag.

The new smartphone comes with improved specifications and features which includes larger battery life, larger AMOLED screen, better cameras and processor and much more. The smartphone gives you a good run for your money.