The Chinese smartphone maker, Vivo has finally announced the addition of another smartphone to their portfolio. The new budget smartphone is the much talked about Vivo Y89 which was announced this January 2019. 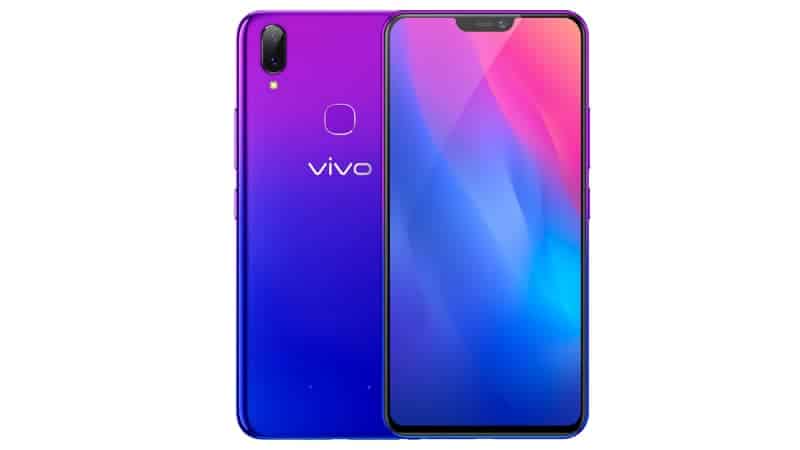 The smartphone comes in with decent specifications and amazing features like the 6.26-inch FHD+ display with waterdrop design, the AI front camera and so many more. The smartphone also arrives with the Octa-Core Snapdragon 626 SoC, resulting in a capable and good looking budget smartphone under the hood. Come with me let’s see if the Vivo Y89 is worth giving a try.

The Vivo Y89 features a spectacular design at the top while arriving with a well-trimmed bezel that surrounds the phone, though there is still a chin at the bottom. Even without being told, you will see the company’s signature written all over in terms of design, though not literally.

On the back of this device seats the dual vertically arraigned cameras, which is accompanied by a powerful LED flash. Still, at the back, you will find the fingerprint sensor and the company’s logo beneath.

Turn to the right-hand side of this device and you will see both the power button and the volume rockers comfortably seated. The Vivo Y89 only arrives in two color options the Aurora Purple, Black Gold.

Coming to the front side of the Vivo Y89 Smartphone, there is a 16-megapixel camera sensor that has an f/2.0 aperture. Both the back and front cameras come along with nice features like the professional mode, AR shoot, panorama, beauty, slow motion, backlight photo, filter, blur photo, and more.

The Vivo Y89 is powered by the octa-core Qualcomm Snapdragon 626 SoC processor clocked at 2.2GHz. The processor is also assisted by the Adreno 506 GPU. The device proceeds to employ the help of a 4GB RAM for a smarter and faster performance and battery optimization. Meanwhile, there is a 64GB of internal storage, which thankfully, can be expanded up to 256GB with microSD, allowing you to save more files like photo, games, and more.

The Vivo Y89 runs on Android 8.1 Oreo with Funtouch OS 4.0 on top, it also supports Dual SIM connectivity (nano + nano) coupled with a dedicated microSD card slot. The processor and RAM all work hand in hand to offer you a smooth and lag-free performance.

Under the hood, the Vivo Y89 is powered by a powerful 3260mAh Non-removable Li-Ion battery. Which I think is brilliant for a mid-range smartphone of this class. The smartphone is capable of comfortably taking you through a day and a half from just a single charge.

The sad part of the story is that the Vivo Y89 did not arrive with any wireless or fast charging technology.

The Vivo Y89 has been launched with a starting price of CNY 1,598 which is roughly translated to Rs 16,700 / $240 / NG 86,800 Naira. You can pick this budget smartphone which is already selling on Vivo’s official e-retail store, AliExpress and others.

The Vivo Y89 is an excellent mid-range budget smartphone which is capable of delivering to you all that you require from it. This device ticks all the necessary boxes and overall performance is simply great. It comes in with a 4GB RAM which is sure to deliver faster and smarter performance.