Xiaomi has introduced another powerful gaming smartphone, the Xiaomi Black Shark 2 which is currently making the headlines. The smartphone which was announced in March and also launched in March. 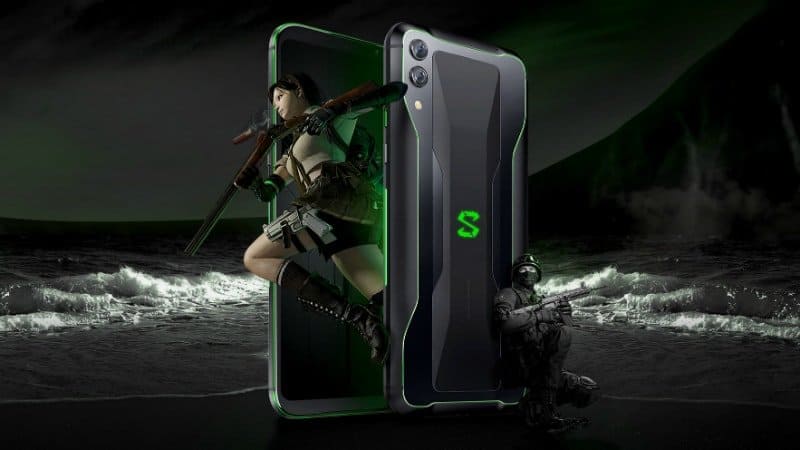 The smartphone comes with lots of interesting features such as the Qualcomm Snapdragon 855 SoC, pressure-sensitive OLED display and a powerful 12GB RAM, that will ensure there are no lags nor delays from the smartphone.

Without any further delays, let’s view some of the selling points of this smartphone that can make it come out as one of the best even in the competitive gaming market that has been aroused by Razer, Asus, and even Nubia.

Xiaomi has long been known as one of the best smartphone companies when it boils down to design. The current release from the company, Black Shark 2 is another handwork of the smartphone company. The new smartphone has a dual-frequency GPS and an X-shaped antenna design layout.

The Black Shark 2 display panel has a contrast ratio of 60,000:1 and also boast of 108.9-percent DCI P3 color gamut. The smartphone also comes with the pressure-sensitive system which allows you to map the buttons located on the flanking corners that is on the screen. When you press harder on those corners you will activate them.

The smartphone also comes with another awesome feature in which the stereo audio also comes with artificial intelligence (AI)-based which is based on anti-howling sound experience and noise reduction.

The color accuracy has been improved and it was mentioned by the company during the announcement. The improved color help optimize the phone’s display for gaming. The touch latency has been lowered to 43.5ms.

The smartphone now features an on-screen display fingerprint sensor which was produced by Samsung the South Korean tech giant. The smartphone also comes prepared in just three colors the Black, Silver, and Blue.

On the front side of the smartphone is a single selfie camera and on the back side is the dual camera setup which also has the assistance of the powerful LED flash. The smartphone feature other advanced technology.

When you come to the camera section of the smartphone, you will find out that despite being a smartphone dedicated to gamers, the device is still capable of taking powerful, clear and well-detailed images.

Like we earlier mentioned, the back of the device has a dual camera setup that is made up of a 48-megapixel main camera which has an aperture of f/1.75. Meanwhile, the second camera sensor on the back is a 12-megapixel sensor that has an f/2.2 aperture and supports a 2x optical zoom.

The selfie snapper boasts a powerful 20-megapixel sensor which also comes with an f/2.0 aperture. The cameras produce awesome images which hold many details.

The Xiaomi Black Shark 2 also delivers when it comes to performance. The device houses the powerful Qualcomm Snapdragon 855 processor, which is assisted by the Snapdragon Elite Gaming graphics processing technology.

One weakness of the smartphone is that it does not support memory expansion, which we feel is the reason it was produced in different models leaving you with so many options to choose from.

The smartphone comes with quite a number of connectivity and network such as the Wi-Fi 802.11ac, 4G VoLTE, Bluetooth v5.0, USB Type-C port and the GPS/ A-GPS.

Powering the Black Shark 2 is a powerful and huge 4,000 mAh battery capacity which supports a fast-charging technology (27W). The battery also features a Liquid Cool 3.0, which assists in enhancing vapor chamber cooling system, heat dissipation; this is a system employed to keep the smartphone from overheating whenever it is intensively used during gaming.

The smartphone which is already ready for pre-ordering will be selling for a reasonable amount of money, though we are yet to receive any news concerning if the smartphone will be launched internationally. The smartphone comes in two models the 128GB internal storage model has a price tag of about CNY 3,200 in China which is equivalent to $480.

Meanwhile, the second model which is the higher storage option, the 256GB model comes with a price tag of about CNY 4,200 which is equivalent to $625.

The Xiaomi Black Shark 2 is not just an ordinary smartphone, but it is a smartphone that has been dedicated to gamers, though it can serve a general purpose. If you are a gamer who want to try out new devices, we think it will be fine if you can give this smartphone a try.

The smartphone has a large screen, wonderful processing speed, a cooling system that ensures that the device never overheats and a host of other advanced technology.