We are bearly into 2019 and Xiaomi has already decided to dish out to the market a breathtaking new smartphone for the new year. The Mi 9 is the first flagship smartphone from Xiaomi to comes along with the Qualcomm’s latest chipset, the Snapdragon 855. The new smartphone resembles the Mi 8 in some ways like the dual-glass design and the metal frame between the Gorilla Glass. Don’t get it twisted, the new device ships in with a better specification than its predecessor. 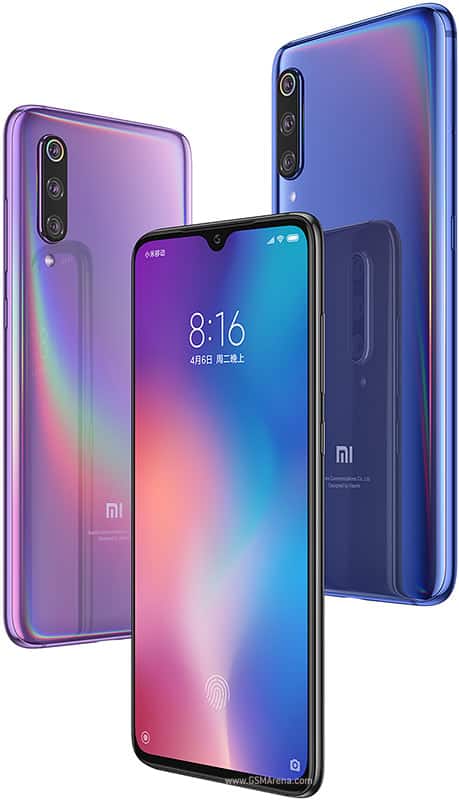 The Xiaomi Mi 9 was announced on February 2019 and will be launched next month march. And from the look of things, the main deal on this new smartphone seems to be the camera. Without taking much of your time, join us as we take a walk through the new flagship, beginning with the design.

We earlier mentioned that there is some part of this new smartphone which has some touches of the Mi 8. Notwithstanding, Mi 9 is made of glass and thin frames that are made of metals.

The screen of this device is a little taller, while the bezels and notch have been severely trimmed down compared to the one on its predecessor. Just like the Mi 8 pro, the Mi 9 also comes in with an on-screen fingerprint, meaning you will no longer find the fingerprint sensor on the back.

The new smartphone is presented in various beautiful colors; we have the Ocean Blue, Piano Black, Lavender Violet, and finally the super cute faux Transparent Edition, though the violet and blue versions come with some fantastic gradients on the back.

On the back of the Mi 9 is where the main sailing point of this device is, and what we mean is, the triple cameras on the end of this flagship phone is the stand out feature of Mi 9. This device is the first Xiaomi smartphone to feature a triple-camera on the back. The triple-cameras are vertically placed on the right-hand side of the smartphone.

Apart from the triple primary camera, the flashlight, and the company’s logo, there is nothing else featured on the back of this device. Meanwhile, at the front of Mi 9, you will find a single selfie camera, the 6.39″ Super AMOLED screen with 1,080 x 2,340 pixels, mall white LED for notifications, and finally the on-screen fingerprint sensor.

The body resolution of this device measures 155 x 75 x 7.6 mm, which is the same with the Mi 8, though the Mi 9 features a slightly larger screen. Meanwhile, the weight of this device is 173g which is 4g less than the Mi 8.

It doesn’t come as a surprise to know that the Mi 9 didn’t come with our favorite audio jack is not featured on the Mi 9. Finally, we have the presence of the side AI button, which launches the Google Assistant on international units coupled with the company’s own Xiao AI.

For those who love to take photos, here is the section that you need to pay the most attention to. When you look at the back of the Mi 9, you will see the triple camera set up, which seems to be the selling point of this device.

Sadly, the primary camera does not come with any OIS unlike the Mi 8. Meanwhile, the front features just a single selfie camera made up of a 20 MP, with an f/2.0, 0.9µm.

Xiaomi Mi 9 runs on the latest MIUI 10 launcher on top of Android 9 Pie. The MIUI 10 went as far as tweaking the system gestures, looks, and performance making it deliver a better result. It is an MIUI logic, which means that returning users would feel right at home.

The Mi 9 also houses the Snapdragon 855 processor and it comes in two versions the one with 6GB RAM and 256GB or the one with 12GB RAM and 256GB worth of storage.  Earlier before now, Xiaomi boasted of being “one of the world’s first” company that will feature a  Snapdragon 855 phone on the market. This smartphone does not support 5G network, and though it supports a variety of LTE networks.

The powerhouse of this device is a moderate 3,300mAh battery, which is sadly 100mAh below the cell inside the Mi 8. The only saving grace to the Mi 9 battery is the wired and wireless fast charging technology that it supports.

The Mi 9 arrives with an 18W charger and it delivers properly, the fast charging technology is capable of giving you a 45% extra battery juice within 30 minutes. The Mi 9 supports 20W wireless and 27W wired charging which is called Charge Turbo.

The design of the Xiaomi Mi 9 was tactfully thought and executed, though it literally didn’t set any trend unlike the Xiaomi Mi Mix, nevertheless, the new device is simply awesome in design.

One of the selling points of Mi 9, is its cameras, they may not have arrived with OIS or out of this world kind of features, but, the cameras sure delivers all-around. The cameras offer great shots, make clean and clear video records. As a matter of fact, the cameras are one of the most versatile snappers currently in the market.

The rest of the specs are things that we already expected; something that wasn’t far from what we had expected. Flagship Snapdragon 855, beautiful design, sharp cameras, and other nice stuff make this smartphone the flagship of 2019.