Xiaomi launches another of its sub-branded smartphone, the Xiaomi Redmi 7, which has been much anticipated earlier this year. The smartphone comes in different models the vanilla Redmi 7, the bigger Note 7 and finally, the Pro.

The Xiaomi Redmi 7 was announced in March and will also be released this March. The smartphone has similar features and specification with the Xiaomi Mi 8 Lite. Things that they share in common include screen size, same chipset, and slightly priced closely. Nevertheless, the Redmi Note 7 comes in with other better features than the Xiaomi Mi 8 Lite and this includes the larger battery and the cameras. 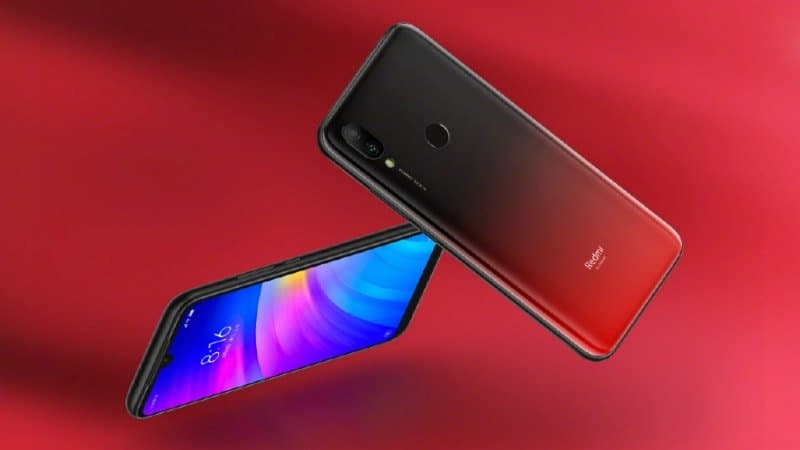 It will be wise I dive straight into showing you all the selling points of the Redmi Note 7, so we can see for yourself if the specs sheet really matches the specs in reality.

Despite coming with a small price tag, the Xiaomi Redmi Note 7 comes in with a premium but simple design. The smartphone uses aluminum frames, glasses (Corning Gorilla Glass 5) for the back and front for protection. The device also uses a P2i nano hydrophobic coating which serves as splash resistance.

The Redmi 7 features a water-drop 6.26-inch LCD HD display which comes with a resolution of 720×1520 pixels alongside a 19:9 aspect ratio and 84-percent NTSC color gamut.

The front screen features a very thin bezel and chin at the bottom. It also houses the centrally placed single camera sensor. Meanwhile, on the back side, you will find the dual camera sensor which is accompanied by a powerful LED flash for brighter and a detailed shot even in low light condition.

Still, on the back side, you will find a fingerprint sensor, while on the sides of the smartphone is where you will find both the volume rockers, power button, the SIM card slot which supports dual-SIM.

The Redmi 7 arrives with a total number of three cameras which comprises of a single selfie camera, the dual primary cameras all with AI-features.

Turning over to the back side of the smartphone where the primary dual cameras are housed, you will notice the first camera shooter of 12-megapixel accompanied by an f/2.2 aperture and another 2-megapixel for depth sensing.

Turning over to the front side of the smartphone, you will find the selfie camera housed inside the water-drop notch display and it consists of a single 8-megapixel selfie shooter. The selfie camera comes with awesome features like the AI Smart Beauty, Face Unlock, Selfie Timer, and others.

Under the hood, the Redmi 7 runs on the Android 9 Pie with MIUI 10 on top of the matter. Powering this awesome smartphone is the Qualcomm Snapdragon 632 SoC, which clocks at 1.8GHz processor speed and also helps in optimizing the overall battery performance.

Should in case you are one the people who like to save a lot of files on your smartphone and you feel the storage option that has been provided is not enough, then you can further increase the storage option by up to 512GB using a dedicated microSD card.

For the connectivity, the Redmi 7 comes along with a host of them which includes the Wi-Fi, 4G VoLTE, GPS/ A-GPS, Bluetooth v4.2, Infrared (IR) blaster, 3.5mm headphone jack, and USB.

One of the most outstanding features of the Redmi Note 7 is its battery like I mentioned earlier. It is actually a Non-removable Li-Po 4000 mAh battery and is more efficient as a result of the Snapdragon 660 SoC.

The battery can offer you 108 hours for talk time with the 3G, while the video playback and runtimes are okay but not completely great. But when it comes to endurance racing, it is better than most of the upper-mid-range and high-end smartphones.

For those highly intensive users, you can be able to quickly top up the battery juice when it runs down and this is because the smartphone comes in with the Fast battery charging 10W.

We should already know there has been a firce battle between mid-range phones from different smartphone brands all fighting to rule over the market. But, so far the Xiaomi Redmi phones have been able to be one of the most successful leading brands in some markets around the world. The same is applicable to the Redmi Note 7 even with over-the-top features and specifications.

The smartphone is affordable, comes in with a friendly user interface, simple but premium design and most of all is, the smartphone focuses more on what is important. Nevertheless, there are other smartphones that can actually serve as a better alternative to the Redmi Note 7, smartphone brands like Samsung, Huawei, Realme and even Honor.

Bear in mind that the Redmi Note 7 has a strong competitor which is the Realme 2 Pro. Though the two smartphones feature almost the same hardware, the Redmi Note 7 still rules when it comes to a longer lasting battery, a better premium glass build, and cameras.