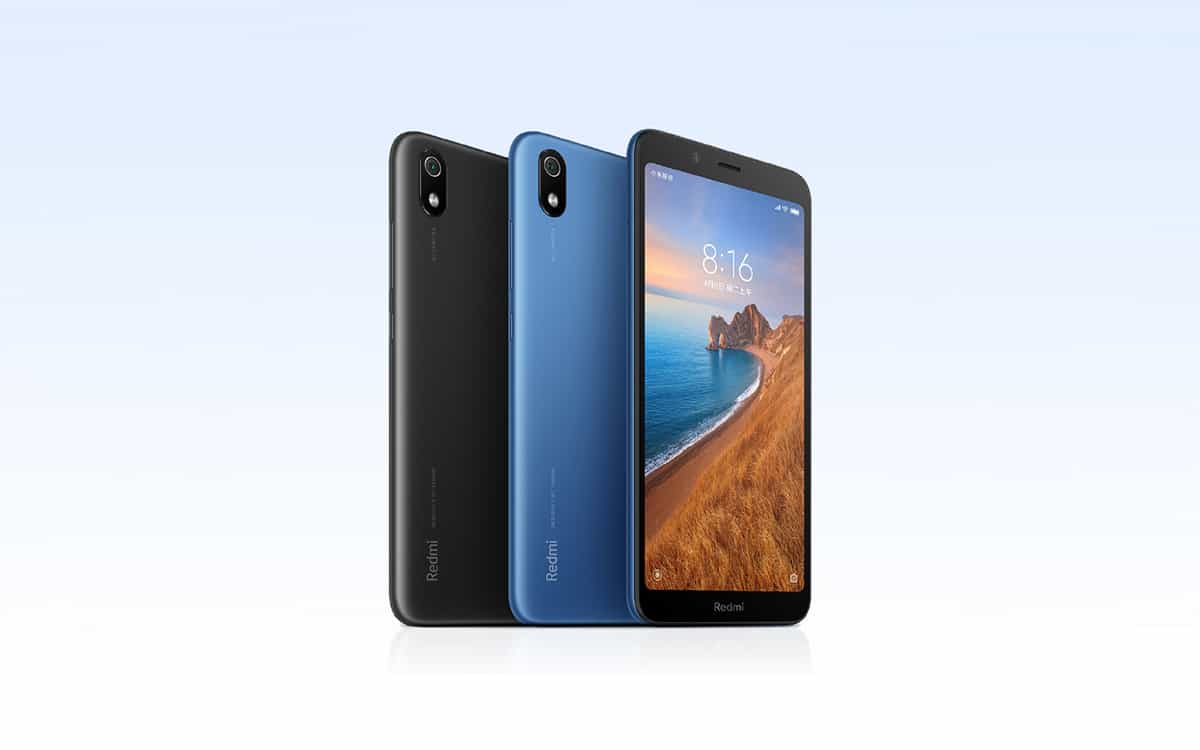 The budget smartphone was announced alongside with the Redmi K20. The new smartphone didn’t feature any of the amazing mind blowing technology like the ones we have on most high-end smartphones.

Without taking much of your time, let’s see if the features and specs of the budget smartphone are ‘good over evil’ or ‘evil over good’.

The Xiaomi Redmi 7A features a design that is way too simple in both appearances and feels. But, since the smartphone is an entry budget smartphone, we don’t expect too much from it.

Finally, you will find ‘Redmi’ encrypted on the back panel by the base of the smartphone. Meanwhile, the front side holds the moderate 5.45 inches with a resolution of 720 x 1440 pixels. The display has an aspect ratio of 18:9 (~295 ppi density), and boast of a 74.4% screen-to-body ratio.

The smartphone arrives with a reasonable chunk of bezels as well as a notch, which seems to occupy a reasonable space. On the notch lies the eyepiece, and the single selfie camera. Beneath the display, you will find the ‘Redmi’ logo encrypted on the bezel and apart from that, you wouldn’t find anything else.

There is no fingerprint sensor on the smartphone both the front and the back. Though the price tag is low, yet we expected to see a fingerprint at least. The new smartphone comes in two color options consisting of the Matte Black, and Morning blue.

Unlike most the new smartphones that are currently produced which include entry smartphones which come with many cameras, the Xiaomi Redmi 7A features just two cameras.

The two cameras consist of the single selfie on the front and the single primary camera on the back.

The back camera is a 13 MegaPixel sensor with an f/2.2 aperture, while the selfie camera is a 5-MegaPixel sensor. You will find a single LED flash at the back of the smartphone which helps the camera take detailed images even in low light conditions.

The front does not come with an LED flash, but they have other features such as the HDR and can record videos of [email protected]

Powering the Redmi 7A is the Snapdragon 439 processor accompanied by the octa-core CPU. For graphics performance and gaming, you have the Adreno 505, and meanwhile, the smartphone is coated with a splash-resistant coating.

The smartphone uses the company’s MIUI 9 software which is based on the latest Operating System, Android 9.0 (Pie).

The new smartphone comes in just three different versions which happen to be the Redmi 7A with 2GB RAM with 16GB storage option. The second is the 2GB RAM with 32GB storage, and finally, the bigger version features a 3 RAM with a 16GB for storages.

The storages may not be able to serve some people, but luckily, you can further expand it up to 256GB (dedicated slot) using the microSD card.

One of the impressive features of the new smartphone is its whopping Non-removable Li-Po 4000 mAh battery. The battery is assisted by the power-efficient Snapdragon 439 which will ensure your battery serves you very well.

You can decide to add an extra battery juice using the 10-watt charging which the manufactures included out of the box. There are neither wireless charging or fast charging technology.

After the long wait, Xiaomi has finally released the price for their latest entry smartphone, the Redmi 7A. We mentioned earlier that the smartphone is really affordable and wouldn’t cost you much.

First of all, the smartphone comes in three versions as I mentioned earlier and they all feature different price tag. The entry-level phone begins at 549 yuan which equals $79 for the 2GB RAM/ 16GB storage.

If you carefully went through the new smartphone, you must have come to resolve either to purchase the smartphone or move to something else.

But, if what you want in a smartphone is the battery, moderate screen size, normal cameras, and a smartphone that can carry out all the basic tasks you throw at it, then the Redmi should also be put into your consideration list.