Xiaomi has been able to experience a meteoric rise over the years and their Note series has been one of the major players in the company’s success. The company was able to launch the Redmi Note 5 series in India in February 2018 coupled with the “Pro” version which is currently on offer for the first time. 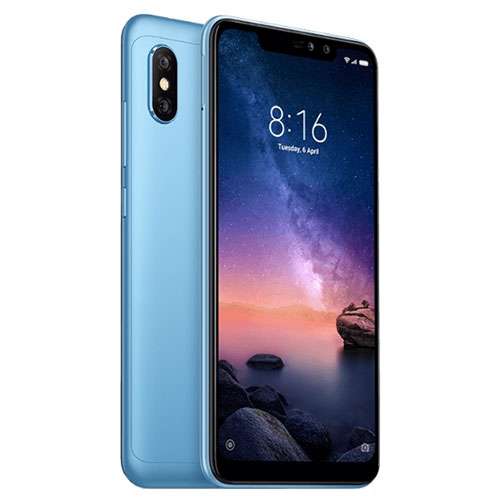 Now within eight months, Xiaomi has dished [Launched September 2018] out the Redmi Note 6 Pro, which is a successor to the Redmi Note 5 pro. The newly launched smartphone still maintains the formula of its predecessor and keeps going with the popularity as being one of the best mid-range smartphones that are currently in the market.

Here is an in-depth review that we have been able to come up with after spending some weeks with the Redmi Note 6 Pro.

The design of the Xiaomi Redmi Note 6 Pro is nothing really special, as a matter of fact, the language of the design has Xiaomi written all over this device. The new smartphone comes in with a few subtle changes in its design. This device has an arc design at the back and rounded corners. This smartphone weighs 182 grams and comes in with a water-resistant P2i coating.

The Redmi Note 6 Pro features a metal body and also arrives with a jumbo size 6.26-inch display. The new device has a large notch which seems not to offer any real benefit, but Xiaomi had to keep up with the trend. This smartphone arrives in four color options the Black, Red, Blue, and Rose Gold.

At the back of this device, you will find the dual vertically positioned camera coupled with the LED flash. Still, at the back, you will find the fingerprint scanner, while on the front side of this smartphone, there is the screen, a dual camera setup accompanied by a LED flash. Turn to the right-hand side and you will see the volume rocker and power button.

One of the obvious upgrade that the Redmi Note 6 Pro features is in its cameras. The company still maintains the 12MP and 5MP dual camera set up at the back of this device, the difference is that it now comes with dual-pixel autofocus, 1.4-micron pixel size and a wider f/1.9 aperture that will allow more light than its predecessor.

Meanwhile, the secondary depth sensor renders assistance with the portraits and bokeh shots. The cameras offer great shots in proper lighting conditions. Meanwhile the front of the Redmi Note 6 Pro houses a dual camera set up.

There is a 20MP selfie camera that is paired with a 2MP secondary sensor dedicated for depth-of-field. The 20MP camera sensor uses a 4-in-1 pixel binning method for an effective pixel size of 1.8 microns.

The Redmi Note 6 Pro uses the MIUI 10, Xiaomi’s proprietary UI layer. We were a little bit disappointed knowing too well that MIUI 10 is based on Android 8.1 Oreo, which is fast becoming an old fashion OS.

Just like its predecessor, the Redmi Note 6 Pro sports the same internals. I’m sure you too will be disappointed in the Qualcomm Snapdragon 636 processor. The new smartphone has two storage configuration which comprises of the 64 GB, 4/6 GB RAM or the lower version which comprises of a 32 GB, 3 GB RAM.

The processor sports eight Kryo 260 cores which clock at 1.8GHz. Despite being a mid-range smartphone, the Redmi Note 6 Pro can still handle any task that you throw at it, though it’s not the fastest or most powerful currently in the market

Overall, the Redmi Note 6 Pro is a good performer, though the performance aspect is not really an upgrade from the last generation. but most users can still be comfortable with it.

The battery section is one of the strongest selling points of the Redmi Note 6 Pro. This smartphone sports a very powerful Non-removable Li-Po 4,000mAh battery that is capable of offering you over a day and a half usage from a single charge.

The smartphone only comes with the 2A/5V 10W Charging and it’s unfortunate to know that this device didn’t feature the wireless charging technology.

The Redmi Note 6 Pro drives in with a host of nice specs and features while still maintaining a decent price tag. The mid-range smartphone offers this device for the sum of 13,999 rupees which is equivalent to $199 / 71,900.

You can purchase the Redmi Note 6 Pro from some online stores that can deliver the product to your region or you can also purchase this device from any Xiaomi distributor near your region.

The Redmi Note 6 Pro ticks all the right boxes, while still delivering to you an all-round package, though the smartphone is not the leader in the mid-range segment amongst the ever-growing competition.

With all sincerity, the smartphone offers great value, with a fantastic camera and reliable overall performance, though the company may have missed out on a few things. Nevertheless, it’s still a fine buy for most users and will likely sell well based on the Xiaomi name.