Regular RC toys depend on specific controllers to operate, however, modern tech has put a very capable smartphone within your reach and several manufacturers now use it for their new toys. If you are not aware, nowadays, it is very easy to control quadcopter style drones with your mobile device and tab. See the best options in our list of 5 Best Smartphone-Controlled-Drones:

DJI Mavic Mini stormed the market last year and it is a compact, folding drone like you have never seen before. It was manufactured to work like the bigger Mavic drones, but with an easier set of features and less advanced specifications.

You are restricted to 29 mph, 2.7K video recording, and lesser obstacle avoidance sensors. Be aware that it is best to keep this drone below 250 grams, below 0.55 lbs, for legal reasons.

Launched in August, 2 years ago, these drones come with various cameras that provide various modes for several different shooting styles.

Via the DJI GO 4 app or other applications like AirMap and Litchi, it is possible to put a highly capable, fast but seamless drone into the air.

This is an effective machine with a Nvidia computer on-board to help you navigate. It flies itself and you just need to use your smartphone to control its take-off, control it to follow you, or take it for a stroll. It is amazing and seamless to use. 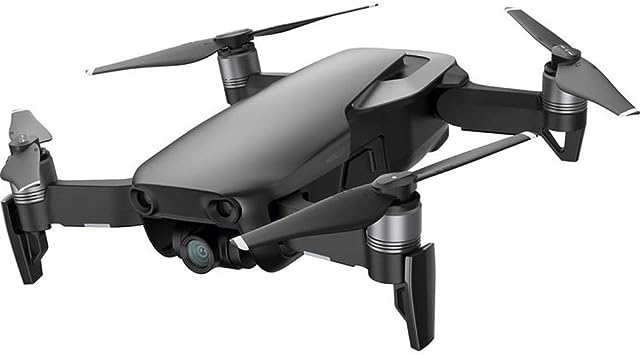 You must’ve heard when DJI announced the new Mavic Air, a brilliant drone that is filled with the best of the Mavic Pro and Spark.

You can simply fly this quadcopter by hand gestures while using the mobile app. It is quite portable too.

This drone lets you take control using only your device, but your range is restricted. Capabilities are not utilized as well, but it can be done. It is compact and its folding design is very unique. It also comes with amazing autonomous features you will absolutely fancy.

UAVs are a component of an unmanned aircraft system (UAS); which includes a UAV, a ground-based controller, and a system of communications between the two.

The flight of UAVs may operate with various degrees of autonomy: either under remote control by a human operator or autonomously by onboard computers.

Compared to crewed aircraft, UAVs were originally used for missions too “dull, dirty or dangerous” for humans.

While they originated mostly in military applications, their use is rapidly expanding to commercial, scientific, recreational, agricultural, and other applications, such as policing and surveillance, product deliveries, aerial photography, infrastructure inspections, smuggling, and drone racing. Civilian UAVs now vastly outnumber military UAVs, with estimates of over a million sold by 2015.

The term drone, more widely used by the public, was coined in reference to the early remotely-flown target aircraft used for practice firing of a battleship’s guns, and the term was first used with the 1920s Fairey Queen and 1930’s de Havilland Queen Bee target aircraft.

These two were followed in service by the similarly-named Airspeed Queen Wasp and Miles Queen Martinet, before ultimate replacement by the GAF Jindivik.

A UAV is defined as a “powered, aerial vehicle that does not carry a human operator, uses aerodynamic forces to provide vehicle lift, can fly autonomously or be piloted remotely, can be expendable or recoverable, and can carry a lethal or nonlethal payload”.

Therefore, missiles are not considered UAVs because the vehicle itself is a weapon that is not reused, though it is also uncrewed and in some cases remotely guided. That being said, UAV is a term that is commonly applied to military use cases.

7 Best Headphones For Working At Home In 2021

7 Best Headphones For Guitar Amps In 2021