Oracle’s founder and longtime CEO are popular for his expensive lifestyle and business acumen. While he is very famous for what we know him for, here are 20 Things You Didn’t Know About Larry Ellison: 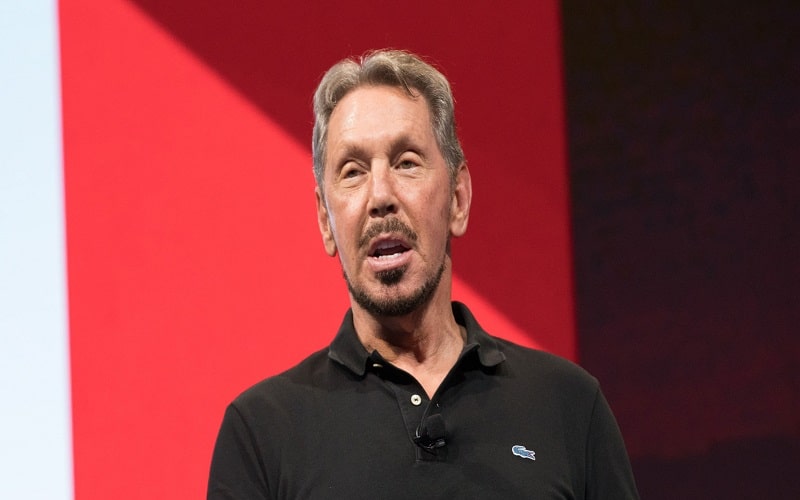 1. He Is Dangerously Rich

Larry Ellison was recently named the 5th richest person in the world, with a net worth of $54.3 billion.

Born in New York City, he contracted pneumonia when he wasn’t even up to one year. This led to him being adopted by his great-aunt and uncle. He saw his biological mum again after 50 years.

Unlike several technology geniuses like him, Larry Ellison never had access to computers when he was young. His first experience with a computer was when he was introduced to computer design during his second attempt at university.

4. He Dropped Out Of School

Larry was a student of both University of Illinois at Urbana-Champaign and the University of Chicago, but failed to complete his education and abandoned it for good when he moved to California in 1966.

5. He Knew His Science

Ellison was named science student of the year at the University of Illinois at a point in time.

Larry Ellison’s very first co-founded company started operating in 1977. Its name was Software Development Laboratories and he had a $1200 investment.

He and his partners won a two-year contract to build a database for the CIA, and that gave birth to “Oracle.” The company later became Relational Software Inc. in 1979, then changed the name once again, in 1982, to become the popular Oracle Systems Corporation.

7. He Almost Lost Everything

Ellison was on the verge of losing everything when Oracle almost went bankrupt in the early 1990s.

8. He Is An Adventure Freak

Larry loves adventures. His love for extreme sports like mountain biking and body surfing has not reduced despite several injuries that have come with it.

9. He Has Made His Mark In Washington

He got inducted into the Academy of Achievement, which is the museum of living history in Washington, in 1997.

10. He Is A Philanthropist

Larry dismantled his elbow after a high-speed cycling crash and decided to start his philanthropic efforts in a gigantic way.

11. He Wins Outside Of Technology Too

Larry Ellison once took the City of San Jose to court for not adhering to rules that had to do with night takeoffs and landings at the San Jose Mineta International Airport. He won the case.

17 years ago, Larry Ellison had access to $1 billion in credit. After a judge brought out court records in 2006 from a shareholder lawsuit, it was known that Larry’s accountants blasted him for always exceeding his credit limit all because of lavish purchases that included mansions, yachts and expensive automobiles.

Larry had a hand in the priciest real estate deal in the history of USA when he bought five lots on Malibu’s Carbon Beach for $65 million, 15 years ago. However, his record did not last long, Ron Perlman unloaded his Florida estate for $70 million months later.

14. He Can Be A Master Planner

For three years, between 2004 and 2007, Larry Ellison was the brain behind the Oracle’s acquisition-based growth strategy that saw the company drop $25 billion on other software brands, big and little.

15. He Has A Record In California

13 years ago, Forbes named him the richest Californian.

16. He Once Donated To Harvard University

In 2006, Ellison was praised by fulfilling his promise to donate $115 million to Harvard University after the exit of the President of the school.

One of the largest yachts in the world was owned by Larry until 2010 when he sold it.

He is a pilot with a license. He also owns two military jets.

19. He Has Divorced Four Times

Larry Ellison has tied the knot and divorced the same women four times. His second wife married him before the founding of Oracle and when they divorced shortly after, signed off on any rights to the company for $500.

20. Steve Jobs Was Once His Photographer

During his fourth wedding to popular romance novelist, Melanie Craft, his tight buddy, Steve Jobs was the wedding photographer.