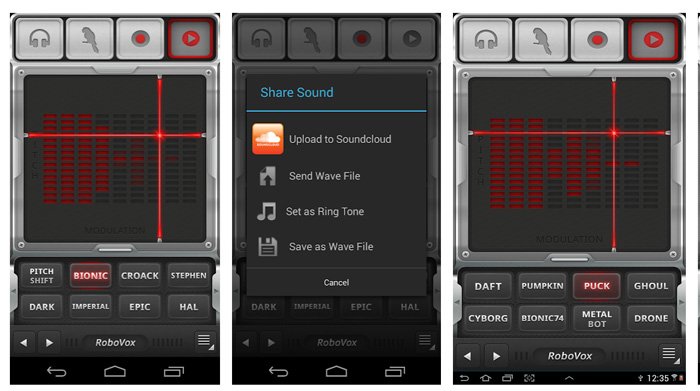 RoboVox is an Android app that lets you tune your voice, letting you sound like something you are not. It makes your voice sound entirely different. With RoboVox, you can make your voice sound scary or funny, musical, evil or like a robot. The choice is yours. Apart from being a voice changer app, RoboVox is also a voice recorder. RoboVoX houses over 32 different voice styles to choose. It provides pitch modulation, which can be controlled by sliding your finger across the X-Y control field provided. 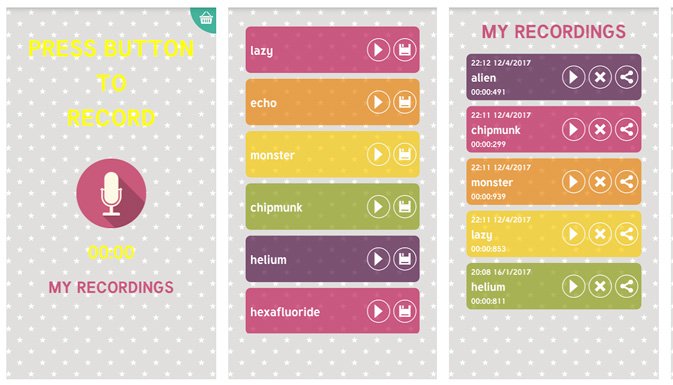 Voice Changer by Andro baby lets you change your voice, allowing you sound different. This app can houses effects that makes you sound funny. 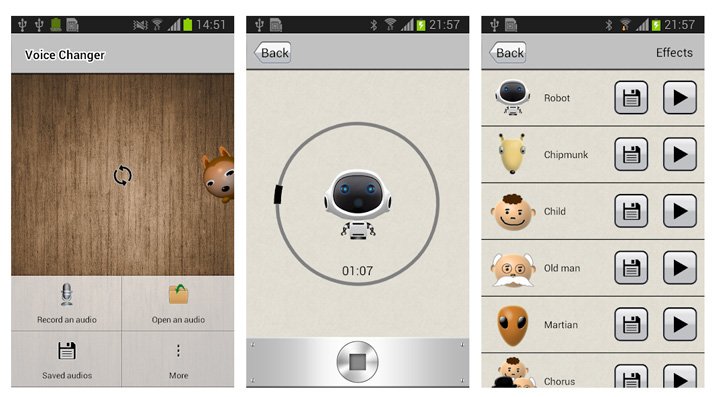 Similar to the Voice Changer app by Andro baby, Voice changer by Andro Rock is yet another voice changer app, that let users change their voice, sounding a lot different. It enables you to record a voice clip and then apply effects that make your voice sound different. This app features Chimpmunk, bee, martian, foreigner, nervous, chorus, old man, child, bee and many more voice effects. 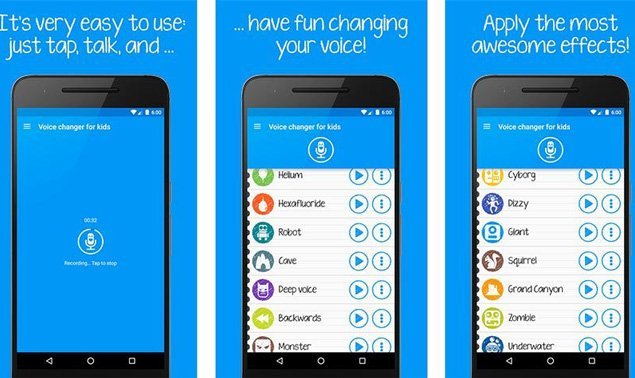 Still, haven’t decided yet? Voice Changer With Effects, is however another app that lets you change your voice virtually. As clearly depicted by its name, voice changer with effects is an app that enables you to record voice clips and then apply effects to it. These effects added makes you sound different. 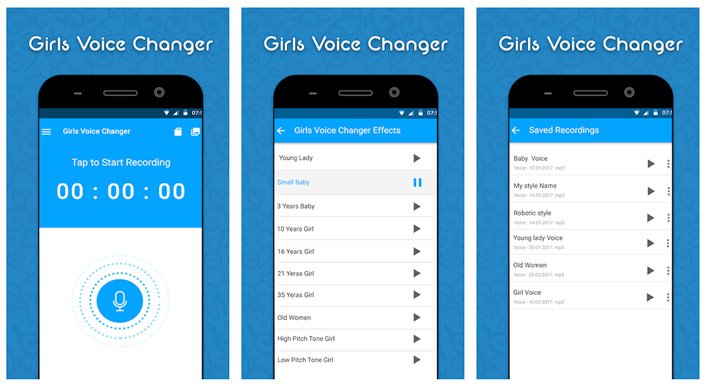 Last but not least is the Girls voice changer app. Its function is similar to the already mentioned apps. It features a wide range of girl tones; you can use to change your voice, making you sound girly. Girls voice tones highlighted here range from 3-year olds to60-year-olds. Like all the apps already mentioned in this article, the Girl voice changer app is available on the Google PlayStore for download.

There you have it – A comprehensive list of top best voice changer apps for Android. If you have other suggestions, feel free to drop them in the comment box below. We would love to hear from you.