4K monitors have gone from being not really affordable in times past to being easy to afford in recent times. I agree, the screen resolution is not the only feature that determines the price of a monitor, and some still cost lots of money. However, the great news is that there are several amazing alternatives available for decent prices, see them in our list of 5 Best 4K Monitors To Buy On A Budget:

This is a brilliant monitor for productivity and it does not lack when it comes to specs and features.

Its 27-inch IPS screen possesses a 3,840 x 2,160 resolution, dope colour reproduction, a 60Hz refresh rate, and 5ms response time. It even covers 95% of the DCI-P3 colour spectrum, which is commendable. 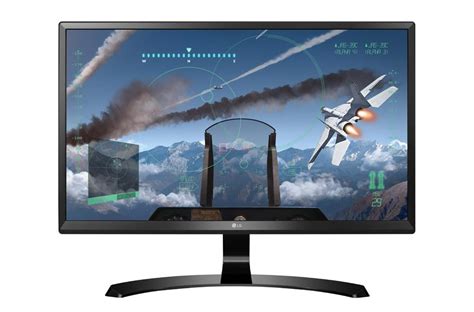 This option by LG will be amazing for anyone who needs something that is good for a smaller and more affordable screen. This 24-inch IPS monitor provide true-to-life colour reproduction and a 60Hz refresh rate with Freesync compatibility. As per ports, you will get 2 HDMI ports and a DisplayPort.

This is definitely one of the best cheap 4K monitors around and it possesses a 27-inch IPS panel. It covers 99% of the sRGB spectrum and with its HDR10 and AMD FreeSync technology, you just have to invest in it before the year runs out.

Still on the topic of best 4k monitors to buy on a budget. If you want an affordable 4K monitor, it does not get cheaper than the Philips 276E8VJSB. It is not outstanding as you might expect, but it gets the job done for its price.

Must Read: 5 Best Computer Monitors For Your Laptop Or Desktop PC

The display features 10-bit colours and IPS tech and its response time is decent at 5ms. Its 60Hz refresh rate is also reasonable for its price and you will have access to a DisplayPort 1.2, HDMI 2.0, and HDMI audio out.

Samsung are rated for the TV production, and even if they are not so popular in the monitor world, the Samsung U28E590D 4K monitor is a brilliant viewer.

It comes with a 3,840 x 2,160 resolution and its 28-inch panel has a 60Hz refresh rate and a 1ms response time. This monitor also comes with AMD FreeSync for enhanced graphics with compatible video cards.

There you have it – a comprehensive list of 5 of the best 4k monitors to buy on a budget. If you have any personal favorite or other recommendations, feel free to drop them in the comment section below.

The term “4K” is generic and refers to any resolution with a horizontal pixel count of approximately 4,000.(p2) Several different 4K resolutions have been standardized by various organizations.

In 2015 LG Display announced the implementation of a new technology called M+ which is the addition of white subpixel along with the regular RGB dots in their IPS panel technology. The media and internet users later called this “RGBW” TVs because of the white sub pixel.