5 Best Educational Gadgets To Keep Your Kids Occupied In 2022

As you already know, playing is learning, and both activities go together. This is why it is very key to equip your children with the right toys and gadgets to keep them occupied at all times, whether after school or during a long break. For the best options right now, see our list of 5 Best Educational Gadgets To Keep Your Kids Occupied:

The issue with screen time is that everything happens digitally, so there is nothing tangible to engage your kid with. Osmo gets rid of that problem, as it is home to a series of educational games and activities in an app for your Android tablet or iPad, and these games then cross over to the real world for your kids to engage with something physical.

If your children prefer a specific type of activity, for example, art projects or building working models, the best way to go about it is by having a fresh project that can work on every month.

This is the simple concept behind monthly subscription boxes, and KiwiCo is one of the best in the business. Customers are allowed to go for the line of boxes that match their age and interest, plus all boxes will come with all the materials, instructions and additional context that will engage your kid educationally just the way you want.

All parents want their children to have a decent background in STEM (science, technology, engineering and math), and ClicBot lets parents make it happen in an interesting and engaging way.

It is simply a modular robot that comes with an assortment of joints, limbs, sensors and a brain that can be assembled however you want. In summary, your children can learn to program ClicBot, first by recording actions and allowing the robot to playback those actions. 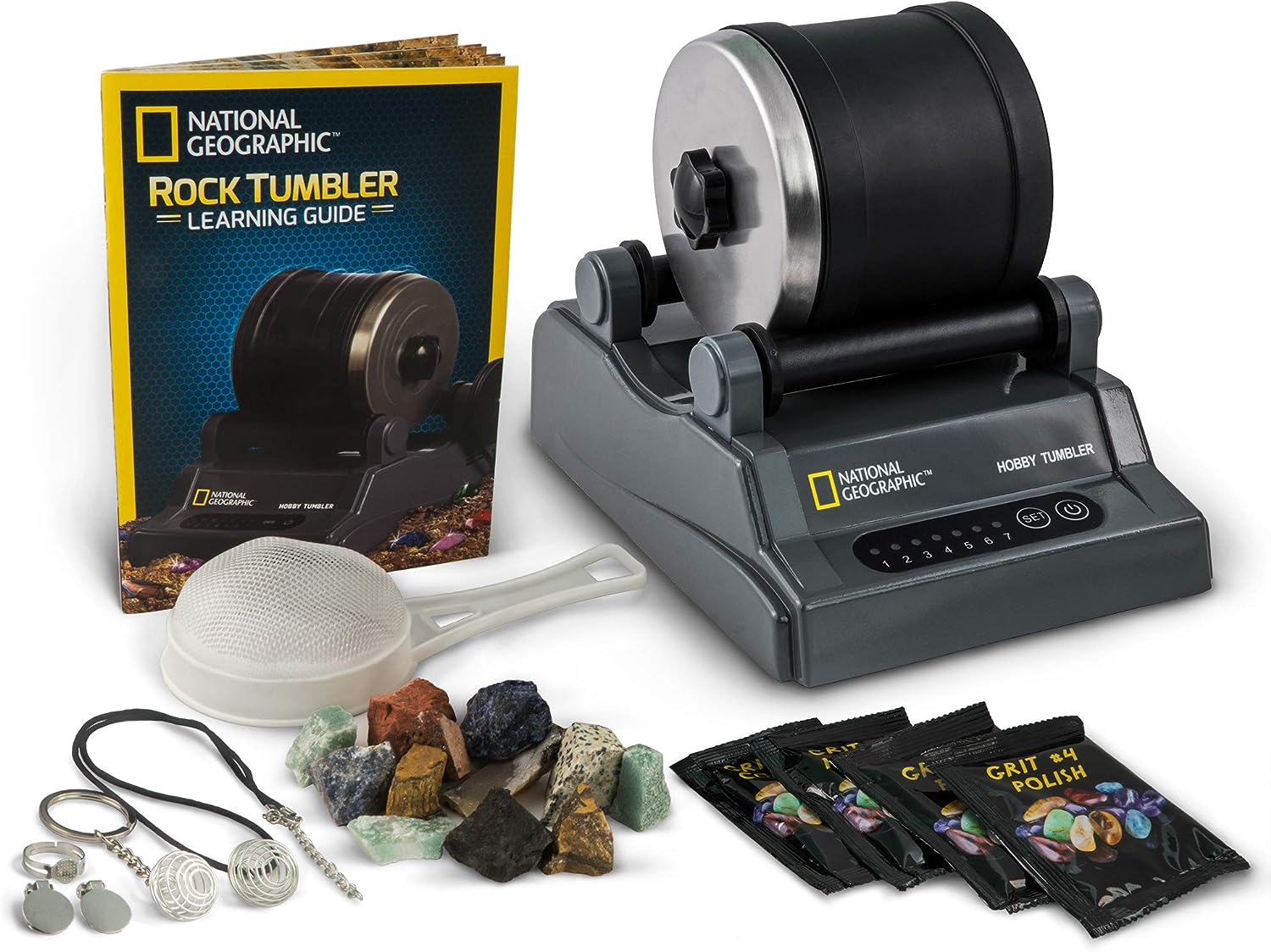 Still on the topic of best educational gadgets to keep your kids occupied. Watching a mundane stone transform into a stunning gem can be very intriguing for both adults and children, and might even lead to a life-long passion for polishing gems and studying earth sciences.

This option is built to last with a durable motor and a barrel that is shockingly quiet. However, because it is battery-powered, it can be set up wherever you want, including the garage or backyard where no one will hear it running.

If your inquisitive kid has ever asked what is inside a PC, you do not have to buy an engineering book to break things down because your children can build their own PC from the scratch.

This kit is a fully functioning computer based on the Raspberry Pi platform, and your child gets to oversee everything from the beginning. The kit comes with the Raspberry Pi 3 Model B CPU, a 9-inch LCD display, 16GB of storage, rechargeable battery, mouse and so on.

There you have it – a comprehensive list of 5 of the best educational gadgets to keep your kids occupied. If you have any personal favorite or other recommendations, feel free to drop them in the comment section below.