Smoking is not good for anyone. And with the public smoking ban being implemented in some countries in recent years, it is becoming a habit too many people are looking to drop. Fortunately for you, some useful gadgets can help you to make that happen. See 7 best apps to help you give up smoking:

This is a pipe that makes use of unique magnets to help remove tar, smoke, and nicotine from cigarettes. It exists to provide a healthier smoking experience. It works like the digital vaporizer tech that some people use to smoke cannabis. As soon as it helps you wean off the tobacco, you can simply inhale the pure essence of all herbs and plants.

This is a brilliant battery-powered nicotine inhaler that resembles and works like a ciggy, however, it will not melt holes in your lungs.

Must Read: 5 Best Apps To Quit Smoking For iOS And Android

Its makers say it comes with nicotine, which will reach the lungs in seven to ten seconds. It also emits smoke-like vapor for it to appear authentic and to help you use it indoors legally.

This is a portable cigarette vault that hands out your fags at certain times. As soon as you have loaded it with about ten cigarettes, it gives them back to you at pre-programmed intervals.

The display even flashes lots of self-help messages during every dose to guilt-trip you about your habit. 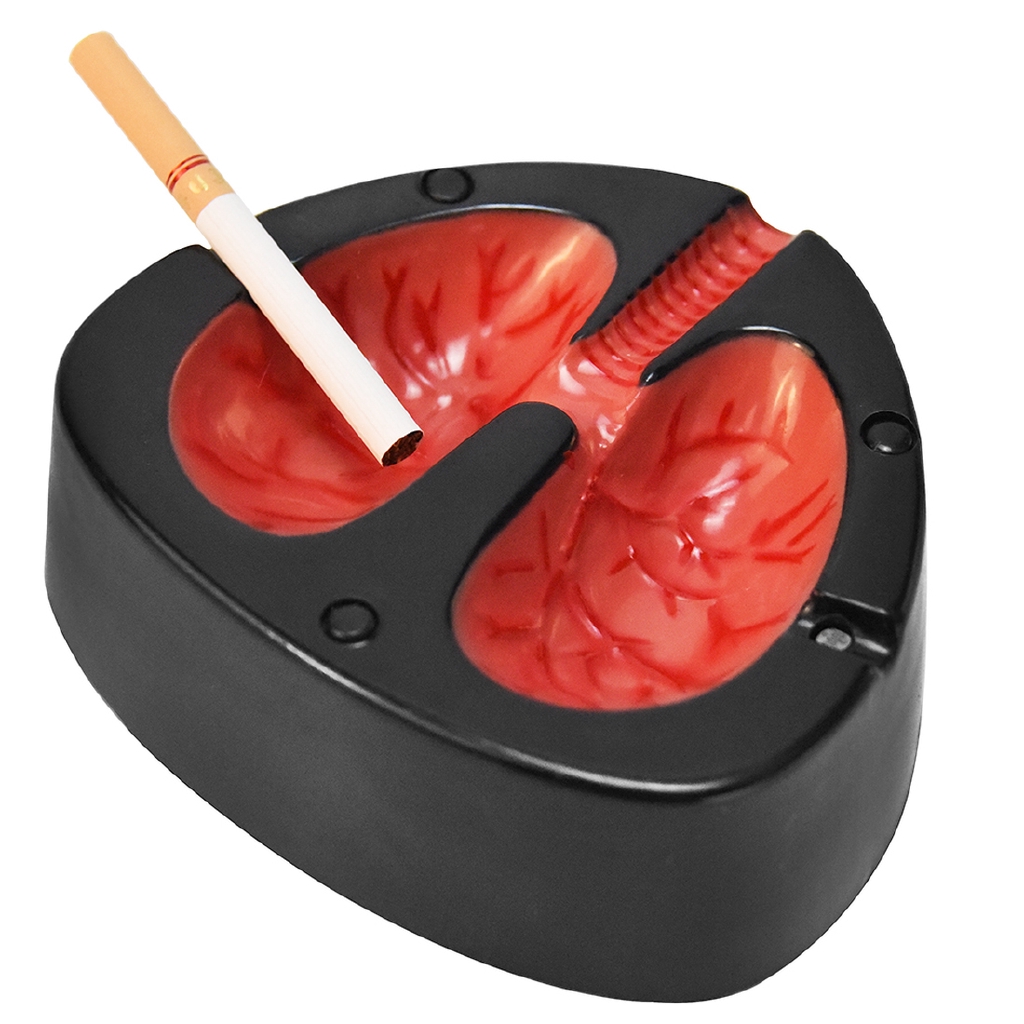 This gadget is simply an ashtray that coughs anytime you use it. Those who have a history with it say it actually reacts violently to smoke and nicotine. Move anywhere close to it with ash or smoke and it will cough in a very loud manner to remind you of the risks you are taking with your health by smoking.

If the NicoStopper cigarette vault sounds like a weird idea, Quit Key can help. It is a Tamagotchi-style device, but rather than prolonging the life of a virtual cat or dog, your own life is the one on the line here.

It simply works by letting you smoke as often as you want, just tell it when you are doing so. The gadget will then use this info to form your personal quit plan, keeping you informed via lots of beeps when it is fine to inhale death. The plan is to make you smoke less every day.

This is a dumb alternative to the QuitKey. It is not aware of how often you smoke, actually it does not care. It simply prompts you to double-press “permission” whenever you need a fag, and it will let you know if it is okay to smoke.

When the light turns green, smoke away. If it is red, you will need to endure it for a while. Non-smoking intervals begin at ten minutes, slowly increasing over time.

If you attempted lots of things and you still find it hard to give up the habit, then it is time to do something drastic.

These scary baby keyrings are very shocking, so they will most likely wean you off the baccy. It comes with a cold, dead stare, terrifying yellowy skin, and malformed bodies, which serve as the consequences of smoking.

Smoking is a practice in which a substance is burned and the resulting smoke breathed in to be tasted and absorbed into the bloodstream. Most commonly, the substance used is the dried leaves of the tobacco plant, which have been rolled into a small square of rice paper to create a small, round cylinder called a “cigarette”.

Smoking is primarily practiced as a route of administration for recreational drug use because the combustion of the dried plant leaves vaporizes and delivers active substances into the lungs where they are rapidly absorbed into the bloodstream and reach bodily tissue.

In the case of cigarette smoking these substances are contained in a mixture of aerosol particles and gases and include the pharmacologically active alkaloid nicotine; the vaporization creates heated aerosol and gas into a form that allows inhalation and deep penetration into the lungs where absorption into the bloodstream of the active substances occurs.

In some cultures, smoking is also carried out as a part of various rituals, where participants use it to help induce trance-like states that, they believe, can lead them to spiritual enlightenment.

Diseases related to tobacco smoking have been shown to kill approximately half of long-term smokers when compared to average mortality rates faced by non-smokers. Smoking caused over five million deaths a year from 1990 to 2015.

Estimates claim that smokers cost the U.S. economy $97.6 billion a year in lost productivity and that an additional $96.7 billion is spent on public and private health care combined.

This is over 1% of the gross domestic product. A male smoker in the United States that smokes more than one pack a day can expect an average increase of $19,000 just in medical expenses over the course of his lifetime.

A U.S. female smoker that also smokes more than a pack a day can expect an average of $25,800 additional healthcare costs over her lifetime.

There you have it – a comprehensive list of best gadgets to help you give up smoking. If you have any personal favorites or other recommendations, feel free to drop them in the comment section below.