Everything you need to know about Mac Studio and Studio Display

By Veronica Alfred4 Mins Read
Share
Facebook Twitter LinkedIn WhatsApp Pinterest Email
Apple held an online event on March 8, 2022, to introduce a new product lineup. An all-new Mac Studio with M1 Max and M1 Ultra is part of the lineup, promising unrivalled performance and broad connectivity in a very compact design. At the same time, the Studio Display has a large 27-inch 5K Retina screen, a sophisticated camera with Center Stage, and incredible high-fidelity audio. Here’s everything you need to know about the new Mac Studio and Studio Display.

Must Read: Everything You Need To Know About Apple M1 Ultra 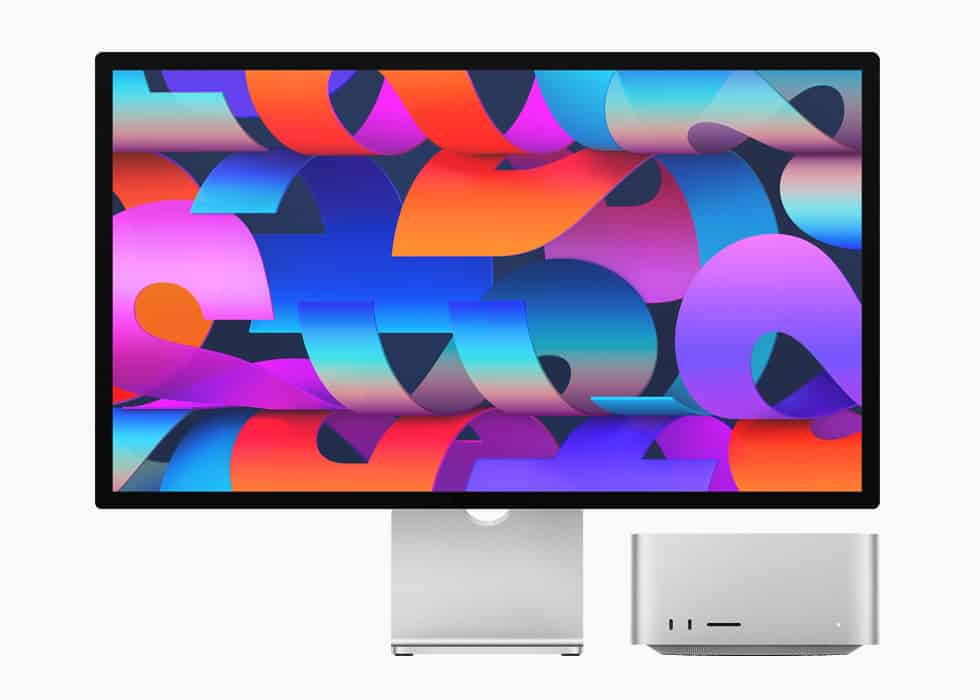 Apple claims that customers can accomplish things with Mac Studio that they couldn’t do on any other desktop, such as generating large 3D scenes and playback 18 streams of ProRes video. 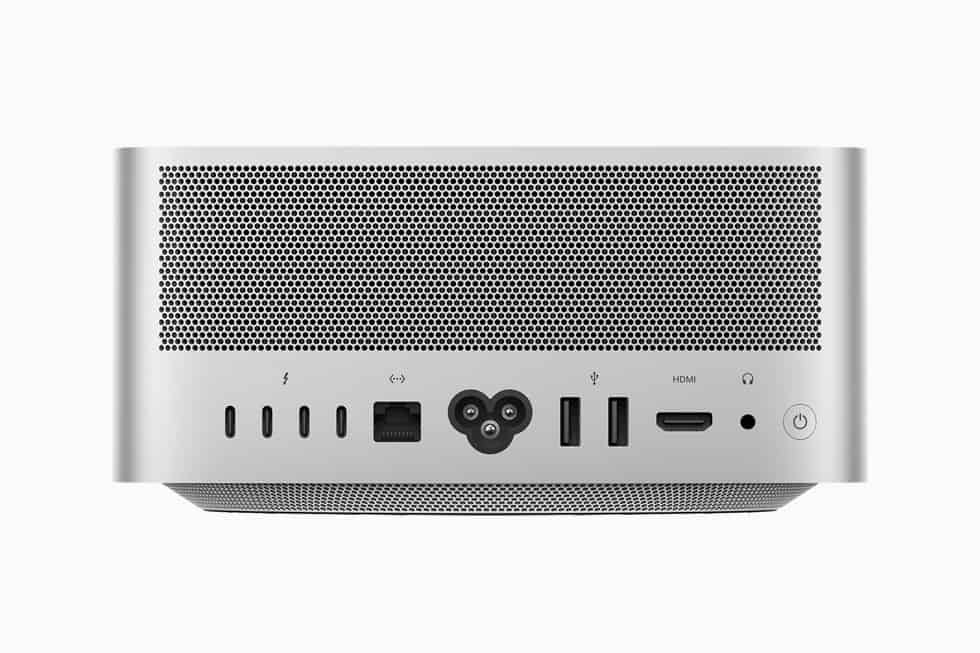 The Mac Studio is tiny in size thanks to its single aluminium extrusion with a square footprint of just 7.7 inches and a height of only 3.7 inches, yet it packs a punch when it comes to networking. Mac Studio has four Thunderbolt 4 connections on the rear for connecting displays and high-performance peripherals. A 10Gb Ethernet port, two USB-A ports, an HDMI connector, and a pro audio jack for high-impedance headphones or external amplified speakers. There’s also Wi-Fi 6 and Bluetooth 5.0 integrated into the Mac Studio. 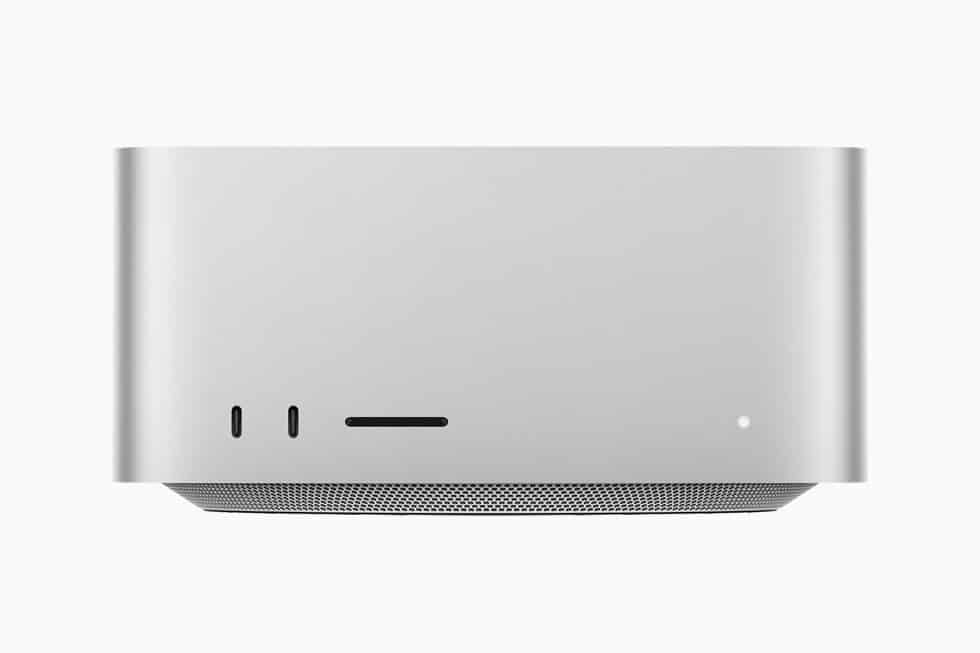 On the front, two USB-C ports support 10Gb/s USB 3 on the M1 Max and 40Gb/s Thunderbolt 4 on the M1 Ultra. There’s also an SD card slot for quickly importing photographs and videos on the front. Mac Studio also supports up to four Pro Display XDRs and a 4K TV for a total of roughly 90 million pixels. 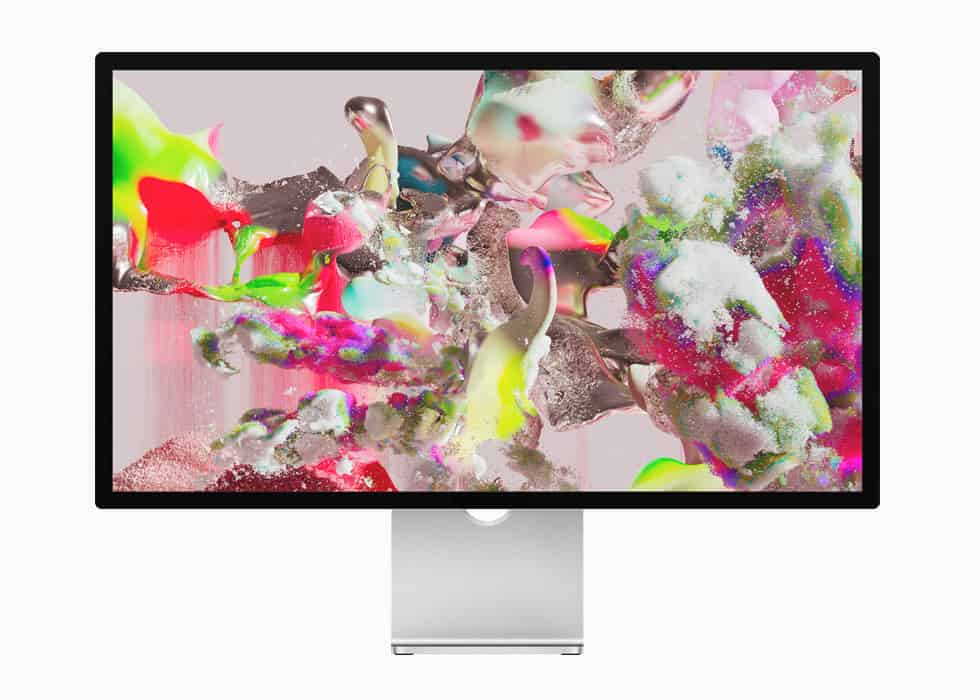 Studio Display, unveiled at the same time as Mac Studio, is an excellent fit for Mac Studio. It boasts a gorgeous 27-inch 5K Retina display, perfect camera, and audio. The Studio Display includes:

The 27-inch 5K Retina display features over 14.7 million pixels, 600 nits of brightness, P3 wide colour, and over one billion colour support. The screen has True Tone technology, which adjusts the display’s colour temperature in response to changes in the environment for a more natural viewing experience, and a nano-texture glass option that scatters light to reduce glare further while offering other excellent picture quality.

It also boasts three USB-C connectors with rates up to 10Gb/s and a thunderbolt port with 96W of power for a Mac notebook, allowing it to fast-charge a 14-inch MacBook Pro.

Must Read: 5 Best Gadgets For Your Apple Workspace In 2022