Is BlackBerry Still the Best in Terms of Security?

The BlackBerry devices that took the world by storm back in 2003 have lost most of their former glory. What once was a sleek, edgy device that connected users with the online world is now a remnant of that past legacy and is fighting for survival. BBM spys will tell you all the details. 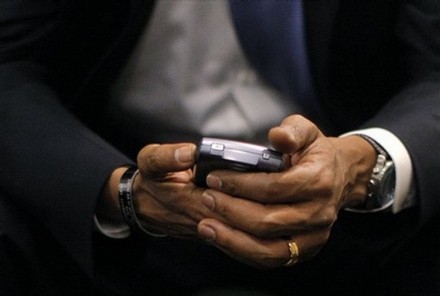 This year has now seen a revival of BlackBerry with their latest offering of the BlackBerry Z10 set. Now if we backtrack a little bit we will realize that BlackBerry has always been a favorite of enterprises, mostly for the secure platform that it boasts. But as the latest rumors of the company’s set failing UK government security clarification (which seem to be denied by both BlackBerry and UK officials both) sweep the rumor mills, questions pertaining to the platforms security do pop up again.

Right from the advent of the company, back when it was known as RIM, the folks making the BlackBerry devices have focused on security. The platform has built in encryption, remote wipe capabilities, and corporate support features such as the BlackBerry server which amalgamates with Microsoft Exchange and more. It is better managed than Android and is less susceptible to spyware for BlackBerry related issues. In part this is also due to the fact that it is tight with third party app access. The iOS platform here poses a worthy adversary as it completely exiles all third party apps, but it too has been susceptible to hacks and problems in the past. Of course, no platform is completely impenetrable.

And the latest reports that emerged in the latter half of 2012 show that the perception that Blackberry is the safest is changing.  A report by Decisive Analytics revealed that IT professionals are beginning to consider iOS as a serious contender for the most secure platform title. 400 IT professionals were surveyed across the globe regarding BYOD device trends and the security involved. The results were that iOS was ranked as most secure with BlackBerry coming in second.

For BlackBerry, this was damning then and if things don’t change, it’s just as damning now. The one thing that BlackBerry has always lauded over its competition has been its edge in security. This is the main reason it managed to survive in the market for so long, hanging onto the life support of enterprise subscriptions. The main highlight has always been its device management features, its BES (BlackBerry Enterprise Server) and its status in the financial industry.

Even after its release of the latest set, which is also decked out in numerous security enhancing features, we see business executives and high profile IT professionals becoming comfortable with iOS. Another reason that this might be happening would be the shift of BYOD management philosophy. Instead of device management (which BlackBerry offers) mobile application management—MAM—(which iOS offers) seems to be the way to go for firms and organizations.

So is BlackBerry still at the top of its game? Sadly not as it has some real competition coming its way from the Apple Corp. But at the same time, it isn’t fair to say it has been dethroned though if things remain the way they are it might lose its crown very soon.

BlackBerry Hamburg and Rome Pictures Leaks Online, Will You Rock This Device For a $400?