This is not the Return of Xander Cage, it’s actually the return of the Apple iPhone SE (2020). Unlike the typical Apple smartphones, the new iPhone SE (2020) marks a turning point in consumer technology.

I’ve spent four days with the smartphone and I must say it delivers more flagship specs without making you pay through your nose for it. But don’t forget the old saying “Everything isn’t for everybody”, thus one man’s food could be another man’s poison.

Below is an in-depth review of the latest Apple iPhone SE (2020), so we expect you to dive into the review with an open mind. You can either choose to stick with the video review below which contains more details or continue reading.

Without any further ados, let’s dive right into the specifications, price, features, pros and cons of the iPhone SE (2020). And after the review, you will be deciding whether this smartphone is for you.

Some of the items you find in the box of the newly launched Infinix Hote 9 is conventional. There’s the normal phone case, screen protector, SIM ejection pin. 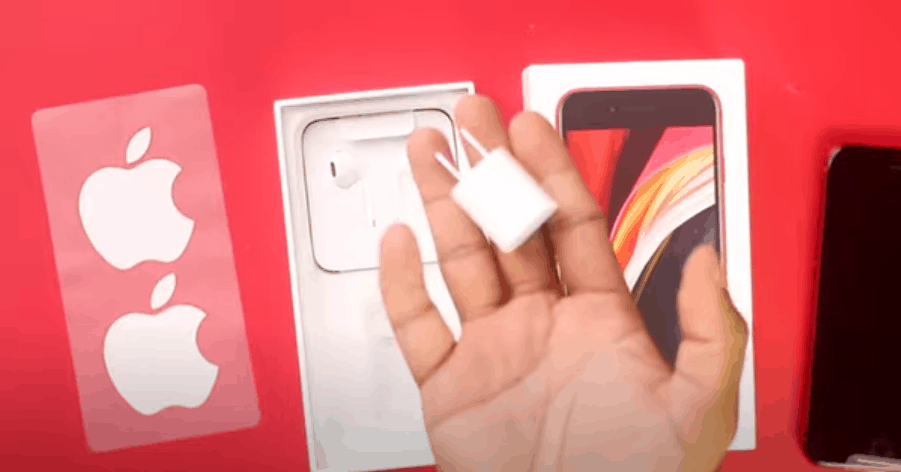 Other items you can find in the box include a charger brick, micro USB cable, and leaflets. Next is the smartphone itself, and under it lies the 18W fast charging brick, light-on USB cord, and finally light-on ear pods on deck.

This smartphone looks like one I’ve seen before – The iPhone 8 from way back 2017. In terms of design, the iPhone SE2 takes after the exact design of the iPhone 8.

Must Read: 5 Best iPhone And iPad Accessories In

The front of the new smartphone is dominated by a 4.7 inches display accompanied by a monster bezel and a giant chin. Nevertheless, the bezels by the side of the screen are not so big.

The down bezel still contains the haptic home screen button that doesn’t move and also doubles as a fingerprint sensor. The chin on top of the screen still contains the single selfie camera, an earpiece, and a notification light. Using the iPhone SE (2nd generation) made me feel like I was taking a trip back in time.

Under the hood, you have a single primary camera accompanied by a powerful Flashlight, and the Apple logo all occupying the back. Turning to the left side of the device, you will find the volume rockers, while only the power button occupies the right.

The smartphone is very light, weighing just 148 g (5.22 oz), as opposed to many of the recent heavy smartphones currently in the market.

Must Read: 5 Best Accessories For The Apple Watch

The LCD display looks good though not as great as the modern OLED displays. One of the problems of the display is the low maximum brightness. You can hardly see your Apple iPhone SE (2020) screen in daylight or on a sunny day. Meanwhile, the minimum brightness level is also too bright.

The performance is the place where you get the biggest upgrade. The external design of the iPhone SE (2020) may be identical with the iPhone 8 but the inside of the new speed demon has been supercharged with a more improved chipset.

Running the show is Apple’s A13 Bionic (7 nm+) chipset which happens to be among the fast chipset ever produced by the company. It’s far more powerful than the one featured on the iPhone 8.

Meanwhile, you have the Hexa-core (2×2.65 GHz Lightning + 4×1.8 GHz Thunder) CPU and the Apple GPU (4-core graphics), handling the graphics department. The new smartphone ships with the iOS 13 – Apple’s Operating System.

For storage purposes, you are left with three options; the 64GB storage, the 128GB, and the 256GB storage – all tailored to a 3GB RAM. Please note that there’s no room for storage expansion.

I know you think the power of the iPhone SE (2020) is not going to be enough, but the Apple’s A13 Bionic processor undoubtedly helps it to be more power-efficient than the iPhone 8.

With the help of the powerful processor in addition to the iOS, the iPhone SE makes it through the day.

The glass at the back of the iPhone SE (2020) resulted in wireless charging technology. Thus, you can now charge your smartphone even without the USB cord.

The cameras on the Apple iPhone SE (2020) are impressive in imbued advanced image processing. They are impressive but not like the ones featured on the marketing leading smartphones.

At the back of the smartphone lies the single 12-MegaPixel sensor with an aperture of f/1.8 (wide). Some of the features of the primary camera is the PDAF, OIS, HDR, panorama, and a Quad-LED dual-tone flash.

Meanwhile, the single selfie camera in the front is a 7-MegaPixel, with an f/2.2 aperture. It also takes decent and well-detailed shots and support features like the HDR, panorama, and gyro-EIS. Unlike the primary camera, the selfie camera can only record videos of 1080p @30fps.

Its really incredible for a smartphone with high notes such speed, great performance, decent cameras and more selling for just $393 dollars on Amazon. Who had ever thought that this day will come?

Just as we mentioned above, this smartphone comes in three storage model – all rocking a different price tags.

I know some of you might not be too comfortable with some of the outdated designs the Apple iPhone SE (2020) brings along.

But if you can overlook that, then you will be able to see some of its great qualities. I mean, we are talking about a smartphone with one of the best processors (Apple A13 Bionic processor) in the world!

Using old designs like the huge bezels and all that, are simply measures Apple employed to keep the cost of the device as low as possible.

Maybe giving the iPhone SE (2020) a trial may convince you. So, what’s your stack on that? Let’s hear from you via the comment section.