If you have been in anticipation of a killer device from the South Korean company on their next flagship, the Samsung Galaxy S6, then you were in no way wrong.

The Samsung Galaxy S6 is a wonderfully designed android device with loads of amazing features as you would find out in this review.

If there’s one thing everyone loves with this new flagship, it’s definitely the fact that Samsung has finally said goodbye to the plastic mobiles it usually built and wholeheartedly embraced the world of metal builds. 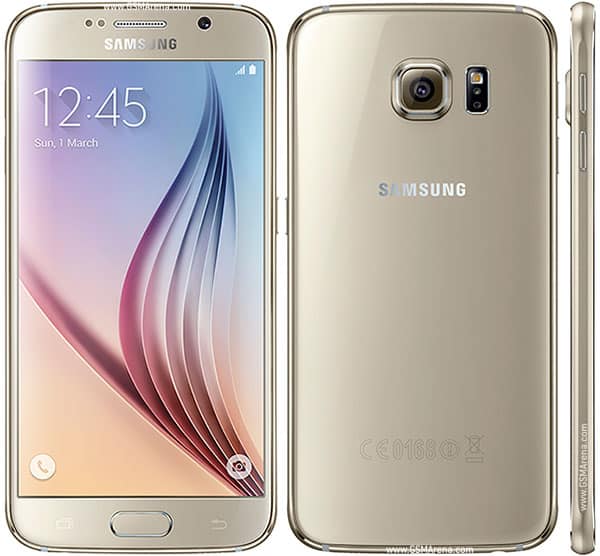 Though it is not totally metal like the HTC One M9, it’s front and rear are pure glass with the binding middle strip made of an alloy. This design makes it easy to grip in hand. Here is what this beauty looks like.

Samsung no doubt has been known for making their display so clear and crisp and the S6 in not an exception. With display pixels of up to 1440 x 2560 and 577 ppi, the device rocks a display even better than that of the Galaxy Note 4. If you guessed a Super AMOLED 5.1” display, then you are right.

This is one feature on the Samsung Galaxy series that I can’t stop loving, they definitely sport the best out there, at least in my opinion. This device sports a 2988 x 5312 pixels and 16MP camera sensor for the rear camera with 4K shooting inclusive. Talking about taking slow motion videos, you can get up to 240fps with your videos in full HD.

The selfie secondary camera is rated at 8MP with videos at 30fps.

With a 3GB RAM, quad 1.5GHz and 2.1GHz cores processors each to power this device, you should expect that it is one of the most fluid and smooth running interfaces you are yet to see so far in the mobile market.

Seriously, 2550mAh? That’s a retrogression. The battery this time is not as good as the Samsung Galaxy S5 and why in Pete’s sake should such a device be packed with this? Well, the battery on this device isn’t good enough. The HTC One M9 has got a better battery life.

What Else To Consider

A fingerprint scanner that would rarely fail you unlike the predecessor has finally come to stay in this build. The scanner can definitely be compared to the likes on the iPhone 6.

Wireless charging is the rave right now and the Samsung Galaxy S6 decided not to leave out on this. In fact, this device is built with two competing wireless charging technologies (PMA and QI) all into one smartphone. Whatever the reason might be, it’s simply amazing I must say.

From the price this device is placed at, it doesn’t come at an affordable deal and is way too much for the smartphone especially considering the poor battery life it comes with. Anyway, if you need a smartphone with great camera, performance and display, then it should be your best bet so far.

Check out the full specifications of the Samsung Galaxy S6 below.

How to Force 4G LTE on Samsung S9 and Note Devices

How To Enable Wifi Calling on Samsung Galaxy S9 & Note 9