A few weeks ago, there were much anticipation and rumors of the newly released Xiaomi Phone, Xiaomi Mi 9T. The company finally decided to come out openly announce the features, specs, and the coming of the smartphone. In this article, we explore an In-depth review of the Xiaomi Mi 9T, diving deep into its specs, features and lots more 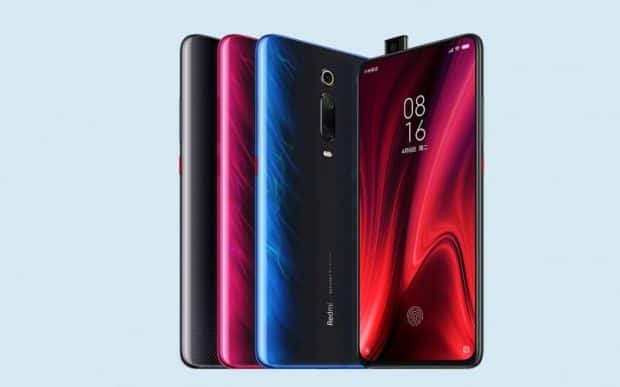 The new smartphone was announced this June and will be arriving in some countries on the 17th of June. Some people are holding opinions that the smartphone is a reincarnation of the Redmi K20, others say the device is all new.

The Xiaomi Mi 9T which is known as the Redmi K20 in India and China brings beautiful design along. The smartphone features an almost all-screen display and this was made possible due to the absence of a notch and extremely trimmed bezels.

Just like many Xiaomi smartphones, the new device also features the Motorized pop-up selfie concept making it possible for the smartphone to achieve a 91.9% screen-to-body ratio.

The screen of the smartphone is a 6.39 inches AMOLED display with a Corning Gorilla Glass 5 for protection. With a resolution of 1080 x 2340 pixels and a 19.5:9 aspect ratio you are sure of relishing both games and other media activities on this smartphone. The fingerprint sensor is hidden under the screen (In-display fingerprint sensor).

The triple primary cameras modules are vertically positioned on the back of the Xiaomi Mi 9T. Beneath the triple camera modules, you will find the LED flash which helps achieve a well-detailed photo even in low light conditions.

Another important component of the smartphone like volume rocker and power button which are on the right-hand are all in their original position. Some of the components of the smartphone include a 3.5mm port, Game Turbo 2.0 support, NFC, dual-nano SIM, USB-C, & more.

When it comes down to the cameras of the Xiaomi Mi 9T, it delivers very well. The new smartphone comes with a total number of four cameras, triple rear, and a single selfie camera.

As usual, the front camera just like its ancestors uses the Motorized pop-up concept. This was part of the reason the smartphone was able to achieve a 91.9% screen-to-body ratio. As mentioned earlier, the selfie camera is a Motorized pop-up 20-MegaPixel with an f/2.2 aperture.

The new smartphone ships in with beautiful and promising specifications. Under the hood, the smartphone uses the Qualcomm SDM730 Snapdragon 730 (8 nm).

The Octa-core processor runs at 2.2 GHz, while the gaming and graphics performance is handled by the Adreno 618 GPU.

The smartphone uses their company’s MIUI 10 which is based on the Android 9.0 (Pie) latest Operating System.

The smartphone comes in two models and the base model happens to be the one with 6GB RAM with 64GB storage. Meanwhile, the second model is the 6GB RAM with a 128GB storage option.

One of the things we didn’t really appreciate was the inability to expand the storage should in case it wasn’t enough to contain your files. You are completely locked down with either the 64/128GB storage model.

Powering the device is a Non-removable Li-Po 4000mAh battery sure to take you through the day even with intensive usage.

Xiaomi has finally come out with the price tag of their newly announced smartphone, the Mi 9T. The new device arrives in two models just like we mentioned above, and they bear different price tag.

The smartphone is expected to be released in Europe on the 17th of June. Meanwhile, the UK launch date has not yet been released. If you would like to use this smartphone, then from 17th of this month, you can purchase it from either Xiaomi’s website or on Amazon.

Even though the Xiaomi Mi 9T may not completely be a 2019 flagship smartphone in terms of core specs, yet the difference is just a tin line.