It’s not news that the Redmi Note series is the most popular series from the Chinese smartphone manufacturer, Xiaomi. The company is set to introduce yet another smartphone to add to the lineup. 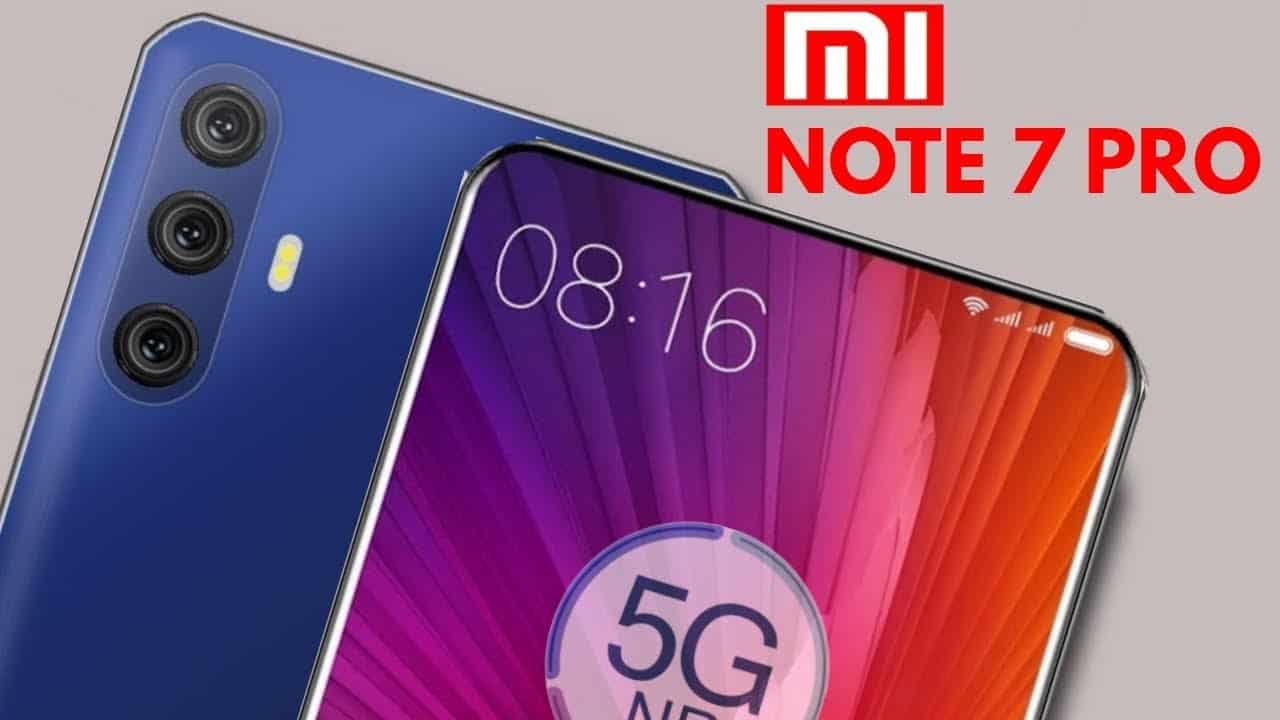 Without wasting much of your precious time, join me and let’s all see all the interesting, and amazing thing rumored features.

According to rumors reaching us, the design of this smartphone is amazing and it features a metal and glass body build and also sports an on-screen fingerprint sensor. On the front of the Redmi Note 7 Pro, there will be a large 6.3 inches, IPS display with 18:9 aspect ratio having 1080 x 234 pixels support.

On the back of the Redmi Note 7 Pro, you wouldn’t find the fingerprint sensor because it has been relocated into the screen. Still on at the back, you will find a triple set of camera set up, LED flash and the company’s logo. Meanwhile the front sports the large screen and the dual camera.

If you turn to the right-hand side of this device, then you will see the usual volume rocker and power button. I was super glad to find out that this smartphone will be arriving with the 3.5mm headphone jack. The smartphone will also be available in three different colors which comprise of the Blue, Black, and the Twilight Gold.

For selfie lovers, you will be able to take fresh and nice selfies with the dual selfie cameras which comprise of a 20MP sensor and the other 4MP sensor. The rumors about the camera make me feel that the camera will be exciting and fun to use, though we have not been able to carry out a real-life test as at the time of writing.

The Xiaomi Redmi Note 7 Pro is powered by a 64-bit octa-core processor which is clocked at 2.2 GHz on Snapdragon 710SOC. There is two storage version of this smartphone, the higher 6/8 GB of RAM with a 128/256 GB.

The good thing about the storage option of this smartphone is that it can still be further expanded using a micro SD card. This smartphone will run on the Android 9.0 (Pie) Operating and the company’s MIUI 10.

This smartphone also drives in with sensors like an RGB light, accelerometer, a proximity sensor, gyros, ope and a fingerprint sensor.

The battery life of the Xiaomi Redmi Note 7 Pro seems to be another strong point of the device. The smartphone is powered by a 4,200 mAh Non-removable Li-Po battery which supports Fast battery charging and will be shipping in with the Quick Charge 4 outside the box.

The Xiaomi Redmi Note 7 Pro is expected to come in with a price tag of $250 / NG 90,400 for the base variant, while the higher storage version with the 8GB RAM and 256GB internal storage will sail for $350 / NG 126,600. We haven’t been able to confirm if Xiaomi will make the phone available in all the region.

The Xiaomi Redmi Note 7 Pro is one of the best smartphones that I have been able to see in 2019. And I think it is a good way to start the year by Xiaomi. This device comes with lots of great offer like the long-lasting battery, powerful cameras and a host of other exciting features. Giving this smartphone a try wouldn’t be bad at all.