The TV is a vital part of several homes in India, and Television lovers always love to get it right while purchasing a new one. A lot of buyers always want to invest in something they can use for years, so making the best choice is always key. Let’s help highlight the best options in the country with our list of 6 Best TVs You Can Buy In India September:

At just Rs. 12,999 for its 32-inch HD model and Rs. 21,999 for the 43-inch full-HD model, this is a brilliant TV set. You will have access to a fully-functional Android TV 9 Pie, great performance with Android application plus a dope picture, and sound quality. The overall experience will surely give you value for the money you’ll be paying. 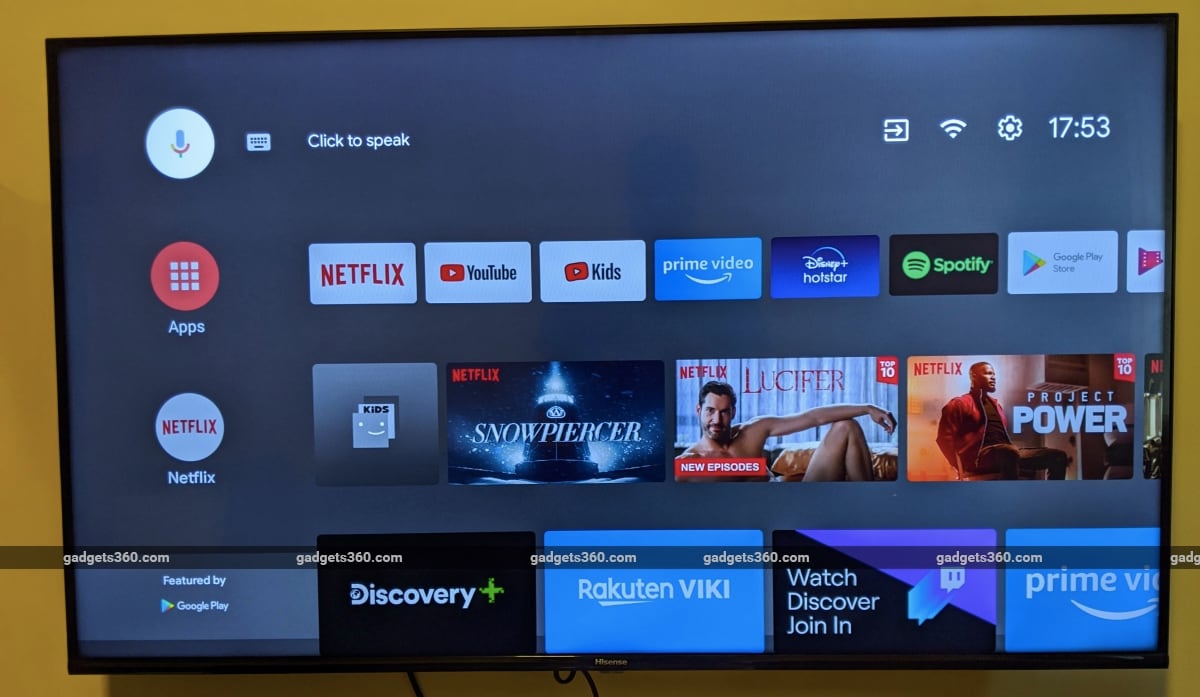 Hisense just launched this TV range in India and it comes with a 50-inch 4K LED screen, with HDR support up to the Dolby Vision standard.

It is also home to Dolby Atmos audio and the TV runs on Android TV 9 Pie with access to the Play Store and all major applications and streaming services available for the platform.

Users that are searching for better picture quality will adore this one. The next best major screen tech is QLED, and this TV gives you just that at a reasonable price. With its 55-inch 4K QLED screen and support for up to the Dolby Vision HDR standard, it is a brilliant option to go for. At just Rs. 1,00,000, this is a 4K QLED TV with support for Dolby Vision HDR, and it comes with a slide-out Dolby Atmos-enabled soundbar.

Therefore, if you are looking for amazing sound and proper picture quality with vibrant colors, brilliant motion, and attention to detail, this is the TV to go for.

As you already know, OLED TVs are very costly, therefore buyers who are not willing to overspend should think about buying this model.

It offers amazing colors, black levels, and contrast that will appeal to most TV lovers. It also supports Apple AirPlay, which is vital if you own an Apple device, tab, or computer.

This TV is surely costly and most TV lovers will see no sense in spending that much on a TV. However, it guarantees one of the best premium television experiences you can think of. Thanks to its OLED screen, tunning design, Dolby Vision and Dolby Atmos support, and Android TV 9 Pie, it is worth every penny you give for it.

Television (TV), sometimes shortened to tele or telly, is a telecommunication medium used for transmitting moving images in monochrome (black and white), or in color, and in two or three dimensions and sound.

The term can refer to a television set, a television program (“TV show”), or the medium of television transmission. Television is a mass medium for advertising, entertainment, and news.

Most TV sets sold in the 2000s were flat-panel, mainly LEDs. Major manufacturers announced the discontinuation of CRT, DLP, plasma, and even fluorescent-backlit LCDs by the mid-2010s. In the near future, LEDs are expected to be gradually replaced by OLEDs.

Also, major manufacturers have announced that they will increasingly produce smart TVs in the mid-2010s. Smart TVs with integrated Internet and Web 2.0 functions became the dominant form of television by the late 2010s.

Until the early 2000s, these were transmitted as analog signals, but a transition to digital television is expected to be completed worldwide by the late 2010s. A standard television set is composed of multiple internal electronic circuits, including a tuner for receiving and decoding broadcast signals.

A visual display device which lacks a tuner is correctly called a video monitor rather than a television.

There you have it – a comprehensive list of 6 of the best TVs you can buy in India in September. If you have any personal favorites or other recommendations, feel free to drop them in the comment section below.